In this age of multi-brand dealerships it’s not too often that you get to visit a Mazda only dealership, let alone a NEW Mazda only dealership. Most of the time the dealers are selling at least one other brand with the Mazda product line but not this time.  Alan Webb built a new store for their Mazda franchise and had a performance meet / BBQ to celebrate the grand opening.  Of course, I attended the event (on June 26th) and brought along one of our cars. 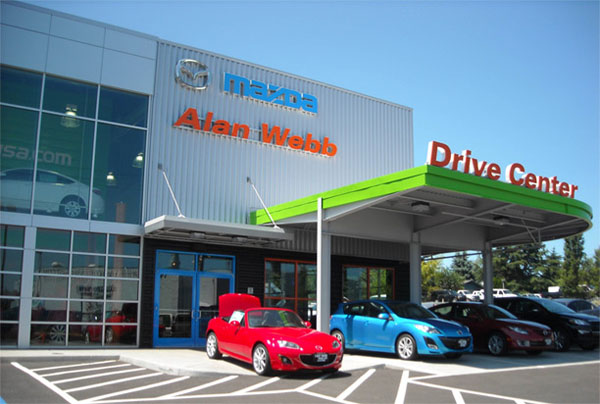 Anyone with a Mazda was invited to the event and there was a range of vehicles that showed up including some vintage Mazda hardware; an RX2 and RX3.  The Mt Hood Miata club and RPNW (Rotary Power North West) made up the majority of cars that attended the event, but there was cars from all over the area.

I brought along the CorkSport project RX8 to the show to display the new CorkSport RX8 tower braces.  The RX8 definitely gets lots of looks driving around.

Alan Webb stopped by the show as well and his comment about the CorkSport RX8 was “That car is hot!”  I didn’t take the opportunity to give him a hard time about driving a 350z convertible to the show, next time I will.

A special thanks to Colin in the parts department at Alan Webb for getting the whole show together.