The new Mazda CX5 is a striking vehicle, the flowing lines of it’s “Kodo” design language are somehow angular and graceful at the same time. Such a design was begging for a quality exhaust to match its’ looks and enhance its’ sound. With that need established, the engineers at CorkSport attacked one of the first 2013 CX5’s in the United States and set to improve on an already stellar car.

Constructed using T-304 stainless steel from flange to tip and weighing a full 8lbs less than the stock exhaust, the CorkSport exhaust not only performs better but brings a deeper, more aggressive sound to the CX5 as well.

The CorkSport Mazda CX5 Axle Back Exhaust is available at our online catalog and are available and in stock today! For more information please visit our product listing at: https://www.corksport.com/corksport-mazda-cx5-axle-back-exhaust.html

CorkSport is pleased to add the new Mazda CX-5 LED Lighting Kit to our growing list of products designed to enhance the look and performance of the new Mazda CX5 models! 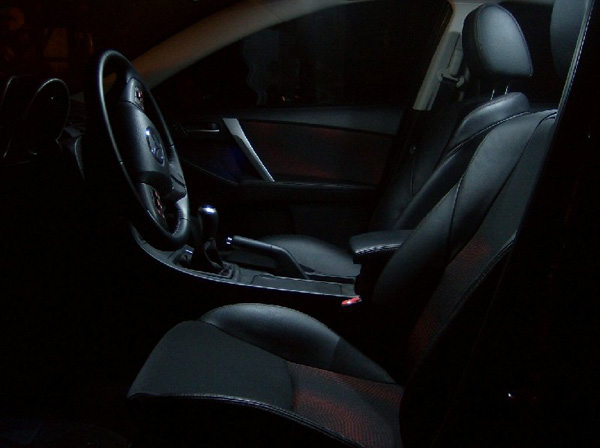 This kit expands CorkSport’s line of LED light kits specifically designed for Mazda and Mazdaspeed model vehicles by adding a lighting kit that has been customized for the CX5 and designed to replace the standard yellowish lights with cool white/blue ambient light for an enhanced look in the interior of the vehicle and license plate lighting. 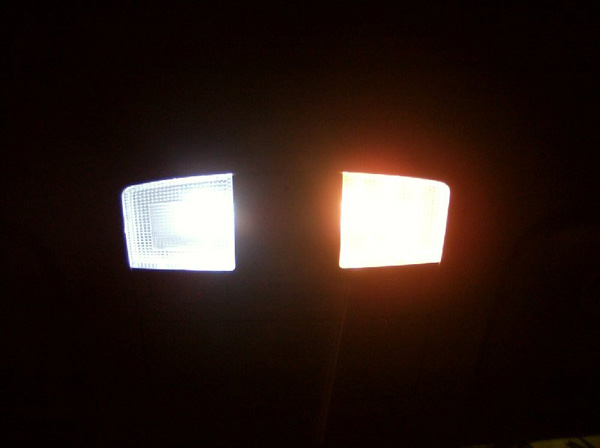 “We are the only Mazda Performance Company on the market right now that supports the new Mazda CX-5 models and SkyActiv technology,” said Rich Harris, President of CorkSport Mazda Performance, “The CorkSport Skyactiv Short Ram Intake, Skyactiv Exhaust for Mazda 3, and our new lighting kit represent just the beginning of what will be a full line of performance products to support the SkyActiv brand.”

The CorkSport Mazda CX5 LED Lighting Kit includes replacements for your dome light, map light, rear hatch and license plate bulbs and retains the interior dimming feature in the Mazda CX5. The bulbs emit a very white color with just a hint of blue that resides in the 6000-7000k color range. 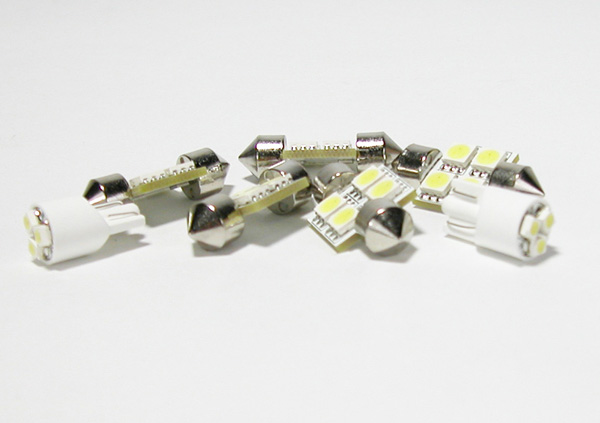 This practical and attractive addition to the vehicle improves the look of the interior and generates less heat, will have a longer lifespan than the standard bulbs, and resists shocks and vibrations better.

This CorkSport Mazda CX5 LED Light Kit is an easy to install accessory that includes vehicle specific installation instructions and is at https://www.corksport.com/corksport-mazda-cx5-led-light-kit.html

I left Vancouver early Thursday morning on the Amtrak train for Tacoma, Washington. It was a beautiful day and the ride up was peaceful and nice. 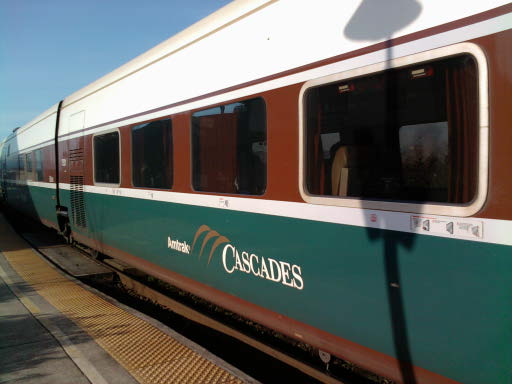 Once I arrived, my adventure to pick-up the new CorkSport CX5 really began. It all started by going the wrong direction for a couple of blocks and then stopping into a super cute flower shop to get pointed in the right direction by the sales girl. I then stopped by the Amtrak station just to make sure I was on the right track. The guy behind the counter had no clue where the port was (you can see the some of the port from the train station), I was not even sure he knew he was in Tacoma! Next asked a taxi driver outside of the train station. His answer was “over the hill and to your left”. So away I went. Who knew he had no clue either.

To get an idea of what I was up against, here is an arial view of the Port of Tacoma 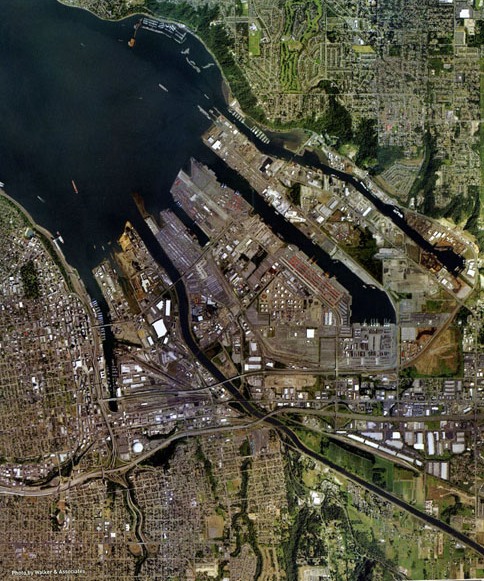 Several people have asked me why I didn’t take the cab, but it was a gorgeous day and in the Northwest at this time of year, they are few and far between. Plus Google Maps, Sprint Navigation, and MapQuest all indicated that Marshall Ave was a short 2 mile walk. Who needs a taxi for two miles, right? FYI MapQuest walked me into a wall, Sprint Navigation went sideways (mid-walk update that never updated to my phone), and Google Maps couldn’t find where I was at with the GPS. By then I was running short on my cell phone battery.

I continued to walk a mile and saw a Tacoma City Cop. The cop said I just needed to “go to the light right in front of me, go right, road will curve to the left, follow, then go right on next road and you’re there”. The next right was easily a 2-3 mile trek, no sidewalks and lots of big trucks. At this point in my travels a couple strange men in an old pick-up passed me at least 4 times, I was starting to get concerned. Girl in a skirt in any port is not a good idea generally, unless she’s working (wink-wink). See Green River Killer to elaborate on my concern. 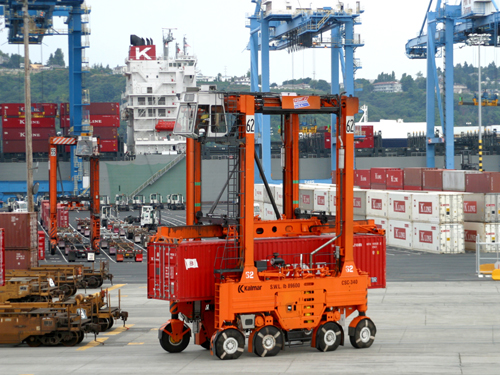 Once I got to the end where I was told to turn right, there was no Marshal Ave. I opted to stop at a security shed, with the most helpful person of the day (Thank you Bob!). He had a map and got me going in the right direction another 2-3 miles, plus I had to stop and wait for a train to pass, good thing I had water with me.

I finally found Marshal Ave. I’m saved!!!! Suddenly the Mazda’s appeared and hope returned. I walked up to the first guard shed and Homeland Security sent me to the other end of the parking lot (about a mile). Next guard shed, said wrong spot and go back…noooo! At least he called ahead and Tony came looking for me with a truck. The 1/4 mile ride to the gate was heaven! Mike (Mazda rep) met me at the gate, which I never would have found, and led me to the CX5. 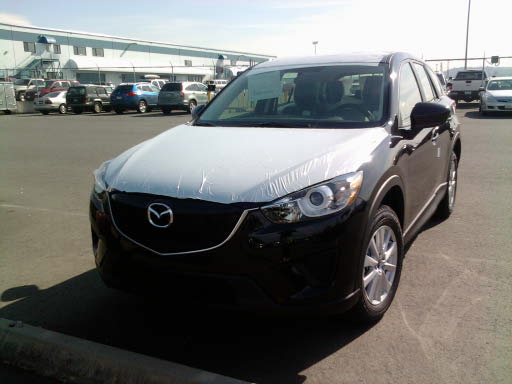 Next challenge was to get gas. Fortunately a gas station was close along with the freeway exit to food and home. 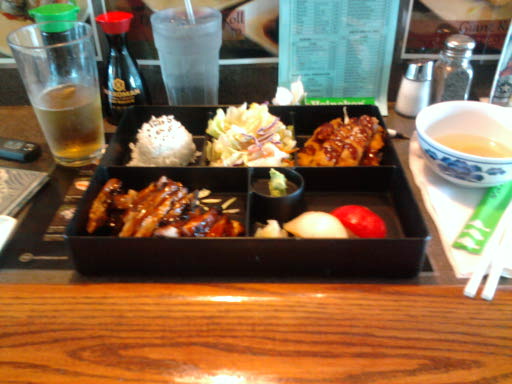 The drive home was perfect in the new CX5 and the next day CorkSport had the new SkyActiv itnake prototype test fitted on the car making it well worth the adventure!

More on the CX-5 – Kelly’s Adventure to the Port of Tacoma March 13th, 2012CorkSport

CorkSport is the proud new owner of Mazda’s newest addition to its line-up, the CX-5. Picked up straight from the port of Tacoma yesterday, the sporty new CX-5 will be helping CorkSport develop a new line of Mazda performance parts aimed at fulfilling the performance potential in the new SkyActiv engine technology line. 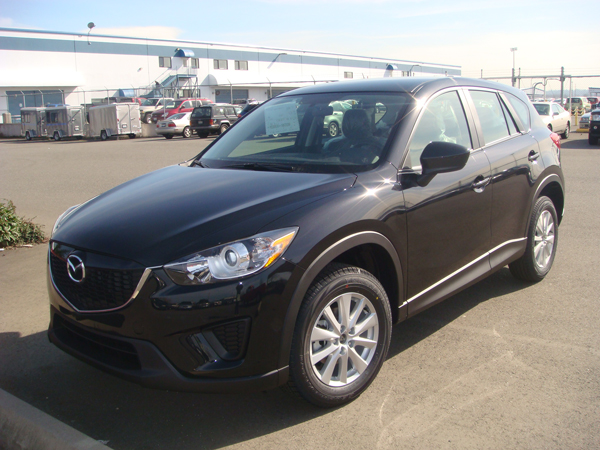 The CX-5 is available in three trims, Sport, Touring, and Grand Touring. We opted for the base sport trim which is currently the only option available with a manual six speed transmission. The Sport comes standard with seventeen-inch alloys, push-button start, tilt/telescopic steering, and cruise control.

The design is based on the Minagi concept car, and is Mazda’s first production vehicle to utilize the Kodo design language. The new five-point grille gives a real feeling of width, as it cuts into the headlights before leading to the lower center portion of the front grille and the interior is modern and clean and the driver-centric cockpit features a small, sporty steering wheel. 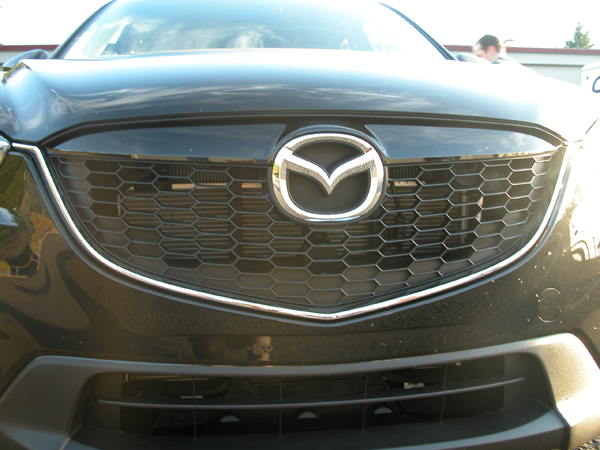 The CX-5 has the new SkyActiv 2.0-liter four-cylinder engine and includes a direct injection, variable valve and exhaust timing, a specially designed exhaust manifold and a high compression ratio of 13.0:1. The engine’s broad torque band, the new transmission, and the reduced weight work together to deliver good acceleration. The quick revving engine has an excellent mid-range punch and the engine delivers a smooth, bossy engine note. 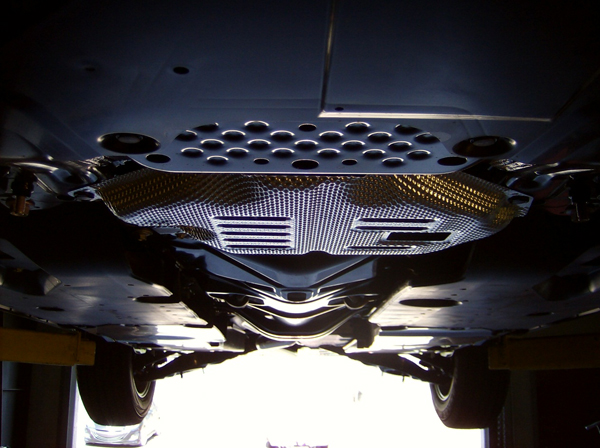 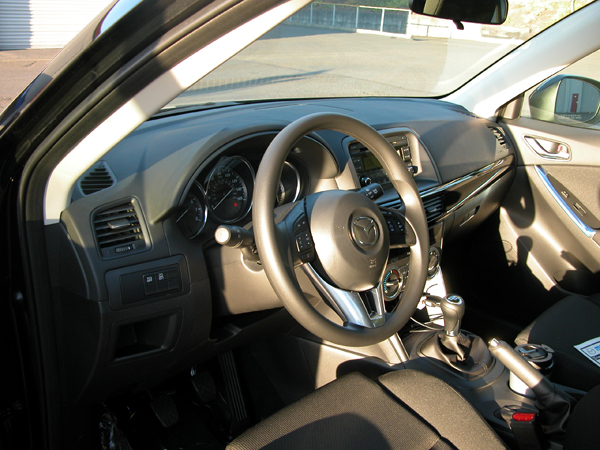 We have already began development of a new SkyActiv short ram intake which will be launching later this year along a with a number of other performance parts to support the new SkyActiv suspension and engine. 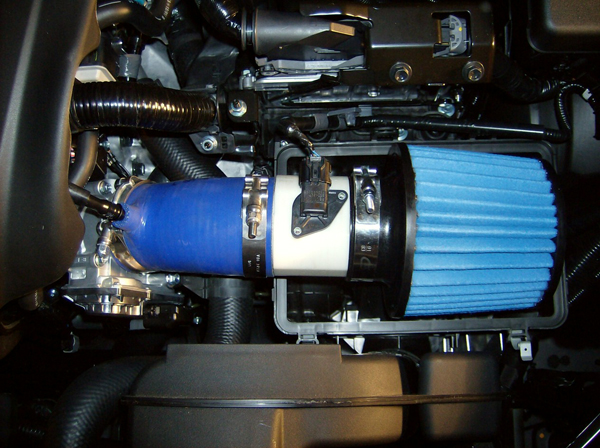 CorkSport is happy to add the CX-5 as our newest project car!

CorkSport Welcomes the CX-5 to the Family! March 9th, 2012CorkSport

Bye Bye Ford. Mazda has confirmed that the Mazda independently designed Cx5 chassis and engine technology will be the new platform for the next generation of the Mazda 3 and the upcoming Mazda 6 replacements.

So what does this mean for Mazda? This shows that the haters in the automotive press, which in 2009 said that Mazda doesn’t have the engineering capabilities to develop a new platform, once again have no idea what they are talking about. Take the quote from Aaron Bragman, Auto Analyst for IHS Global Insight, posted in a TruthAboutCars article in December 2009, “The reality is Mazda is too small to do it on their own…Ford may have other options. They’ve got a European organization that is very good at developing small cars.” In other words, Mazda might want to start looking around for another partner.

Fast forward to today and Mazda has launched a whole new platform that incorporates stronger, lighter, ultra-high tensile steel in its construction, brand new SKYACTIV technology that employs a range of green technologies to increase fuel efficiency, and a clearly defined goal of where they want to be in the next 10-15 years in the automotive landscape.

With news of the soon to be released Cx5, the concept car Mazda 6 replacement the Takeri being shown, and the drawings of the Mx5 popping up the future looks really good for Mazda.

(Picture Above Courtesy of Top Speed)

I am really looking forward to the news that Mazda is looking to offer a 2 door Mazda 6 in the future. It has been too long since the Mx6 left the Market back in 1997 and the only 2 door North America has seen since is the Mx5.

This just goes to show that Mazda is not a company to be underestimated.