Much to my delight, when I signed up for the SCCA Super Tour National Races at Portland International Raceway on July 13th though 15th, there was another B-Spec car registered to race against! My competition was a 2009 Honda Fit who was on the track for the first time over the weekend. 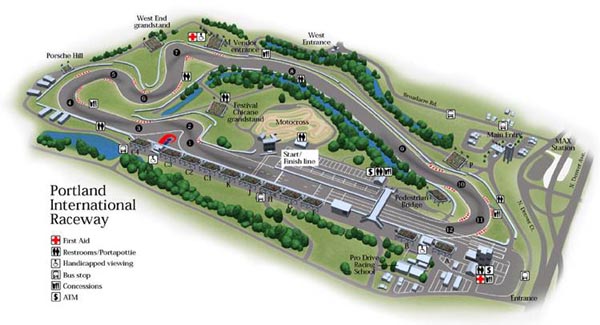 On Sunday afternoon the race between our B-Spec cars went off with a bang. By the first turn, all of the cars in the run group had passed the lowest horsepower car, the Mazda 2. I wasn’t too concerned though, there was still 35 minutes of racing to catch back up to the Fit.

Within three laps I had caught up with the Fit and started looking for spots where I was performing better than him. There were several spots where the 2 really out performs:

1) Braking. I was hitting my brakes about 100 feet later off the front straight and on the back straight allowing me to gain a little bit of distance back on him lap after lap.

2) Corners. Corners 4 through 7, where power isn’t as much of a factor and handling is, the Mazda2 excelled. 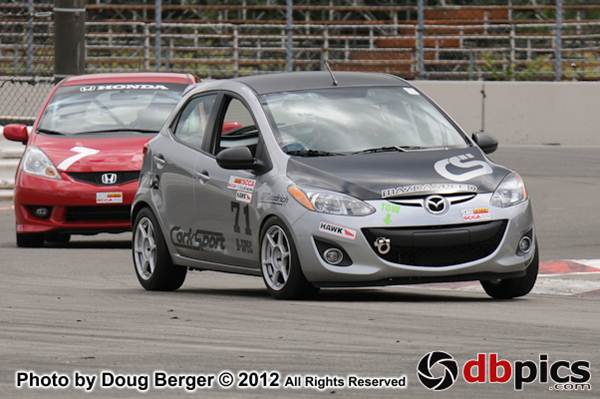 The Fit has more power than a Mazda 2, which you could really notice on the straights as it slowly started pulling away. By late braking as much as possible and using the entire track (and parts off the track too), I was able to pass the Fit on lap 7 by jumping him on the apex and late braking, forcing him out a little further to gain the lead.

Eight laps later, after nose to tail driving between both cars, the Fit was able to pass me up on the straight before the chicane to regain the lead.

After going back and forth for several more laps I was able to get along side of the Fit in the chicane. The Fit didn’t see me on the inside of the lane and I was forced to do some “off roading”. After getting back on the track behind the Fit I found the wheeling had caused the front pads to loosen up a bit which made slowing down into the next corner more exciting!

I got past the Fit on corner 7 again and led for six more laps. With one lap to go, the Fit drafted me and was able to get a good run and out brake me into the chicane. I stayed as close as I could to the Fit so I would be in position to pass again in turn 7.

One of the faster cars in the group, a Honda s2000, caught up to us just before turn 7 and dropped between us. I was cut-off from going through the corner and getting the lead. I could have tried but it would have resulted in a three car wreck. This gave the Fit a little bit of a gap between us on the back straight that I was unable to close. The Honda Fit was able to hold me off for the final two miles for a 0.480-second BFGoodrich Tires Super Tour win. 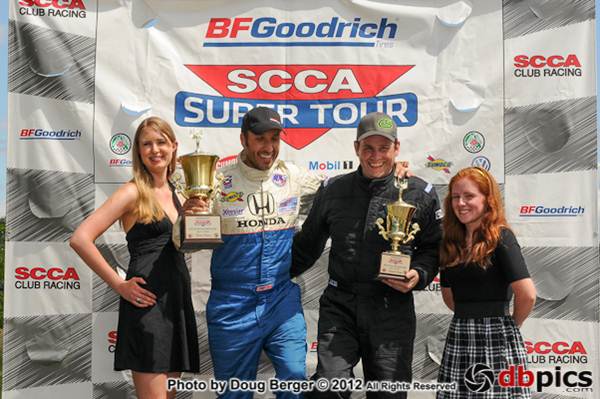 I may not have won this time, but I will have my revenge when we meet next. He may have won this battle, but the war is far from over.

To see more pictures from the event, go to https://dougberger.zenfolio.com/orscca-july2012-group-16-race

One Reply to “Showdown at PIR”