We have been blogging about the Mazda Sky series of engines over the last year but Mazda had yet to announce any specifics about them in terms of fuel economy, displacement, and size. 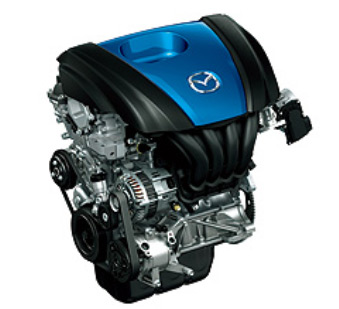 This week Mazda took the wraps of the first production Sky engine which will be available in the Mazda 2/Demio in Japan later this year. The engine will be showcased at the Automotive Engineering Exposition near Tokyo Japan from May 18th-20th.

The first engine will be a 1.3 liter displacement gasoline engine which is rated at 70 miles per gallon. This is from a gasoline engine alone, no expensive hybrid setup. The Toyota Prius for example is rated at 51 mpg for city driving and has to pack around the extra hybrid drivetrain. The Sky-G engine features a 14 to 1 compression engine (the highest compression mass production motor ever manufactured) with a direct injection system. The engine features a whole collection of new designs Mazda engineers have been working on over the last few years.

Despite all of the fuel economy goals and gas saving technologies, the engine still produces a decent amount of power for a 1.3 liter making about 80 hp at 5400 rpm. 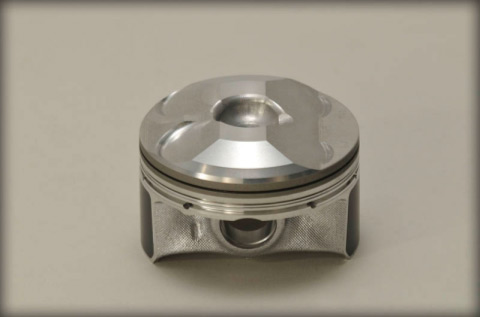 Mazda mentions that the engine is an all new design except for the exhaust manifold. I bet we will see a trick exhaust manifold available soon after the Sky engine gets released to the rest of the planet next year which will help it with emissions in various markets.

There is another recent development which I have not seen any automotive news outlets mention. Two engineers Takashi Youso and Masahisa Yamakawa from Mazda’s powertrain division have been recognized by the Society of Automotive Engineers of Japan for an outstanding technical paper they have produced. The paper was on the development of HCCI or Homogeneous Charge Compression Ignition which is when fuel and air are well mixed then compressed to auto ignition. You may think big deal, diesel engines do this already. Gasoline is harder to work with when you factor in how it can pre-ignite easier than diesel and the wide variety of fuel grades/blends around the planet. The paper is about gasoline HCCI, which has super low nitrogen oxide and carbon emissions output, and offers improved fuel economy. I can picture a Mazda 2 getting 80mpg+ which would be incredible from an all gas engine. This is a technical paper so the design is not in production but it gives some good insight on how much Mazda is pushing the envelope of the standard gas engine.