the recently released Mazda CX5 has been met with rave reviews for both its styling, ride quality and fuel efficiency and initial sales of the vehicle reflect that. In Japan Mazda has sold 8000 units in the first month with an expectation of only selling 1000.

When the first rumors came out about the CX5 years ago there was picture of a vehicle released which you can see below. 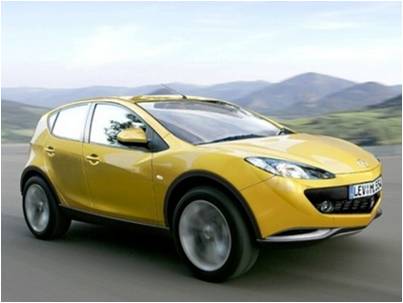 The picture was essentially Mazda 3 with Mazda 2 headlights and some changes made to the body of the vehicle to give the general idea of what Mazda was shooting in a small cross over SUV.

The actual concept compact SUV was since designed fresh from the ground up with no hand-me-down components so when the vehicle concept debuted, the Minagi, it reflected Mazda’s transition to the KODO style. 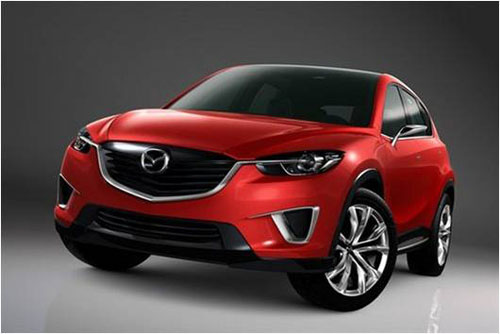 There are several styling effects on the car which you can tell would not make it to production, for example the mirrors and the bar across the headlights, but it really showed what the CX5 was going to be.

The released CX5 below is the final production vehicle which has been on sale now for a month. 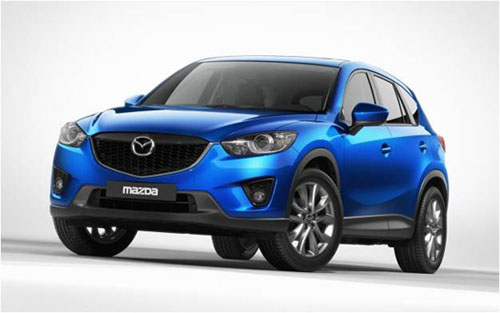 Almost all of the body styling from the Minagi concept stayed on the production vehicle. The headlights were changed to meet government regulations and the showy mirrors were replaced with something more practical that would survive a hit from another car, wall, or inanimate object.

For the replacement of the current Mazda 6 we have been teased with pictures and concept vehicles but looking at them you can really see what we are going to get for a new Mazda 6. Mazda showed off the Shinari concept car back in 2010 seen below. 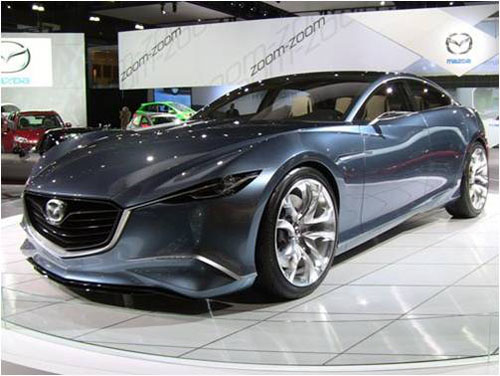 The Takeri concept which was introduced last fall at the 2011 Tokyo Auto Show was confirmed to be the redesigned 2014 Mazda 6 by Mazda executives at the 2012 New York Auto Show. 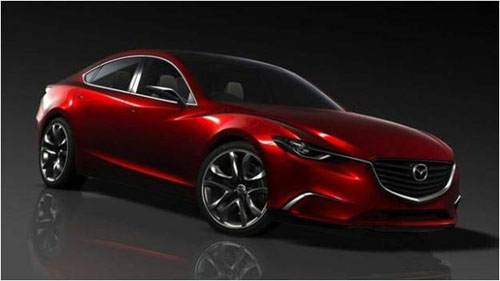 In this concept vehicle, the roof line grew from the chopped top look for the original concept as well as some cleaned up styling areas around the front bumper and the grille area.

Looking at the jump between the Minagi and the CX5 you can get a good idea of what the new Mazda 6 will look like when it is released. The headlights will be changed a little bit, the mirrors will get changed to a different style and DOT crash bumpers would round out the changes.

The Journey from Concept Car to Production April 6th, 2012CorkSport

One Reply to “The Journey from Concept Car to Production”