I drive a 92 Ford Escort that has had many different changes in its life, including a transformation from the gutless Ford 1.9L to a sub 12 sec. weekend racer. I drive this car daily with a “stock” 1.8L Mazda 323 GTX turbo engine with the boost cranked up, putting to the ground something around 250hp. The car has no power options, no I take that back, it does have power mirrors! It is 18 years old and sure it’s got some rattles here and there, but it’s a blast to drive. The turbo on the GTX engine is a bit on the small side so it doesn’t make tons of power but it spools up amazingly fast for almost instant peak boost. With an open differential in the transmission, it makes putting the power down really tricky but fun. 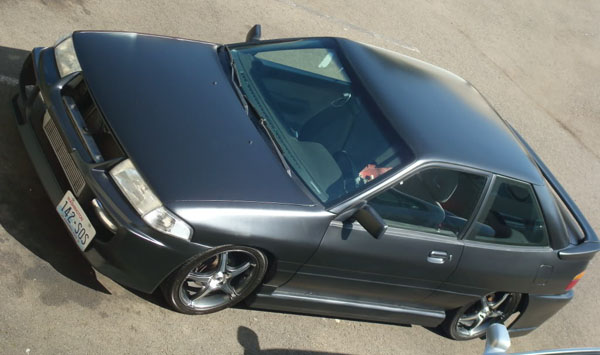 Over the weekend I took our 2010 MazdaSpeed3 to a car show. It’s been a while since I had driven a new car, and I discovered that I like all the options on the car. Rolling down the windows with a switch! Who does that? Cool air while you drive on hot days? What! All of these options are nice. They make me want to rush out and buy a car with some options, not to mention that the MazdaSpeed3 is a bit more refined than my car; to say the least. This car is making as much if not more than my car in the HP area but driving it I did not get that feeling. I could definitely feel the computer robbing power in first and second gear whereas my Escort is ready to tear the tires off in 1st-3rd gear any chance it gets.

Being less refined, my car feels like it has more raw HP than the Speed3 does. The Speed3 eases you into the power and tries hard to keep you going in roughly a straight line, whereas almost anything over half throttle in the Escort is like I’m entering a burnout contest.

Overall I would definitely take the 3 over my car, duh! It’s updated in every way and still fun to drive. I’m really beginning to appreciate new, comfortable cars.