In following one of our ideals that our customers are the best source for new product ideas, we have been developing a Top Mount Intercooler (TMIC) for the 2.3L MZR engine. The original idea came from a thread on Mazdas247 started by azmavhockey3. The thread was started way back in August and was specifically put up to not only show us (CorkSport) that there was interest in this product, but also to get other users to input ideas and characteristics that they would like to see in a TMIC.

After getting feedback from numerous forum users we tested several designs of TMIC’s to see what would fit best with what the customer wants to see in a TMIC. The picture below shows one of our later iterations in the design and testing process. 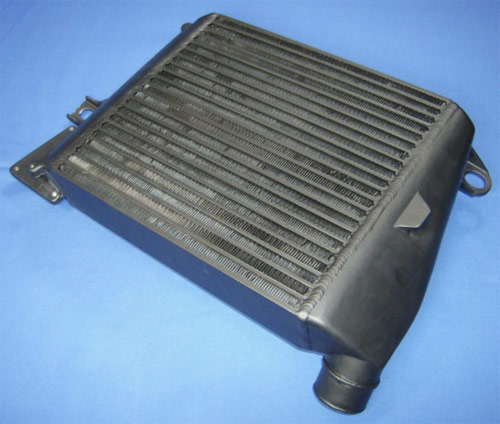 After testing airflow, temperature, pressure, and heat soak characteristics of the above design as well as the stock design, we modified our design slightly and came up with our final version of the CorkSport TMIC. We will have a full write up on the performance and design characteristics of the TMIC posted before we release the part in late March. 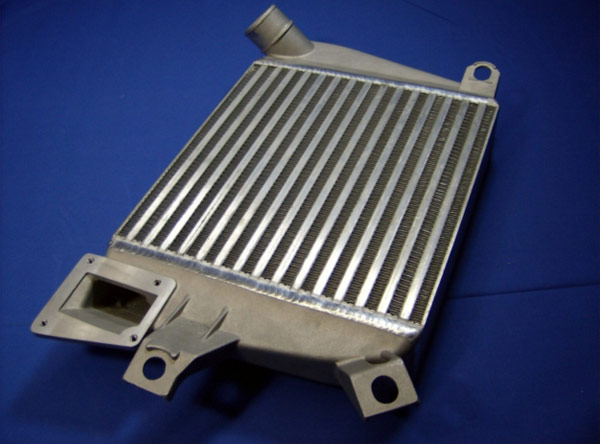 Getting back to my reason for writing this: the origin of the idea. We recently revised our policies here so that when you submit a product idea through our website, we will periodically update you on the progress of your idea. If your idea is not right for us at the current time, we will inform you that your product idea submission is no longer being considered. If your product idea submission makes it to production, we will offer you the chance to test the beta version of the part (assuming both parties agree to the terms). This gives you the ability to not only say you came up with the idea, but also get the product before anyone else has the chance to buy one.

In the case of the TMIC, azmavhockey3 will be getting the final version of the TMIC a full month before anyone else because of his idea.

If you have an idea on how to improve this process or the product idea submission process, feel free to email me.

4 Replies to “CorkSport Top Mount Intercooler and Beyond”