After putting almost two thousand miles on our new Mazda 2, we have already added our own touches to the car to make it a true CorkSport vehicle. The two pictures below shows our CorkSport License Plate Relocation Bracket, which has been modified from the current Mazda 3 application to not only to fit on the passenger side of the vehicle, but also with a prototype Lexan frame (Production part would be a black opaque Lexan with our new CS logo etched on the face if we do go with Lexan). It utilizes the stock tow hook location so no drilling or cutting is required. 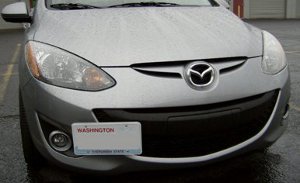 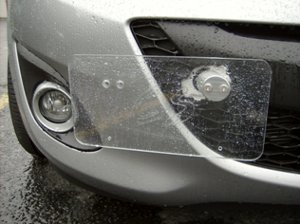 Another new product we have in the works for release in the near future is and LED kit that would replace the license plate, hatch, and interior lights with LED’s (license plate light can be seen in picture below reflecting off the ground). The kit would also include two LED amber blinker bulbs (for the front blinkers) with built in resistors to keep flash rates normal, but with an updated and refined look. Additionally, we are getting ready to release a fog/DRL light kit (shown in the picture below) for the 2 as well as the 3, 6, CX-7 and RX-8. As you can see in the picture below, the 23 LED bulbs put off a 6,000K color, which matches the LED light kits that we currently sell. 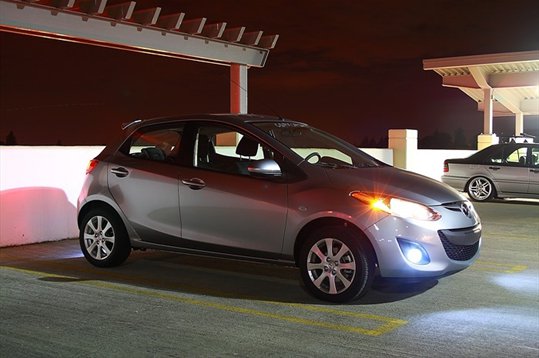 Finally, we are finishing up testing and validation of our CorkSport Power Series Short Ram Intake for the Mazda 2. It includes all of the features of past CS SRI kits such as a silicone coupler, T-bolt clamps, and a machined and anodized MAF housing (anodized version not shown in picture) and CS logo etched post anodizing. 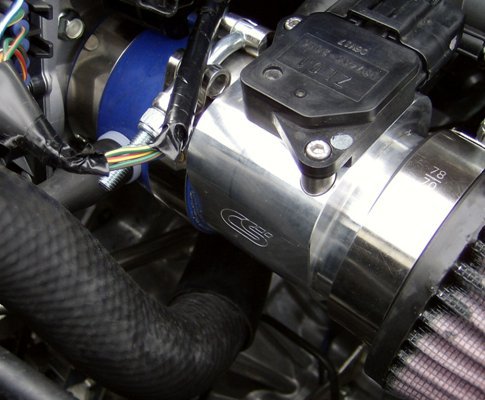 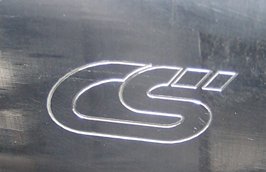 6 Replies to “Calling all Mazda2 Owners: New Parts On the Way!”