I was surprised to learn that there is track racing in Alaska, but when long time friend Chris invited me to spend Memorial Day weekend co-driving an IT Rx7 at a place called Tanacross, I hit the internet to see what I could find out. It turns out the track was actually used during World War II to supply Russia with planes to fight the Germans. It was one of the airports that planes would stop at for fuel during the long flight to Russia. 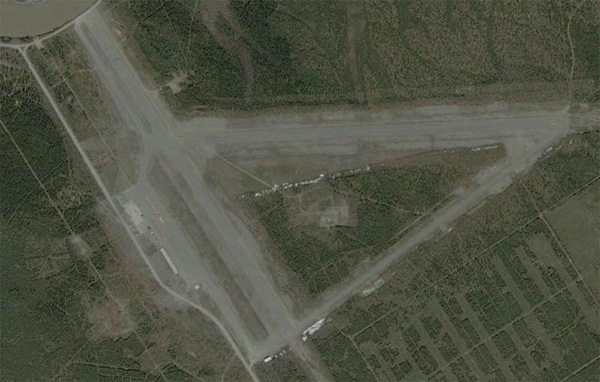 The airstrip is currently used by the department of natural resources and maintained for firefighting. They land the C130 tankers and fill them up with water from the river at the end of the main runway. The airfield has also been used for racing in all forms for many years.

The Anchorage Alaska Sports Car Lions Club hosts two events each year at Tanacross, one on Memorial Day weekend and the other on Labor Day weekend. The events consist of wheel to wheel racing for part of the day, than street car time trails for the other part of the day.

After a flight into Anchorage and a 6 hour drive, I arrived at the track for the weekend. You can’t ask for more spectacular mountain views and scenery than Tanacross has to offer. 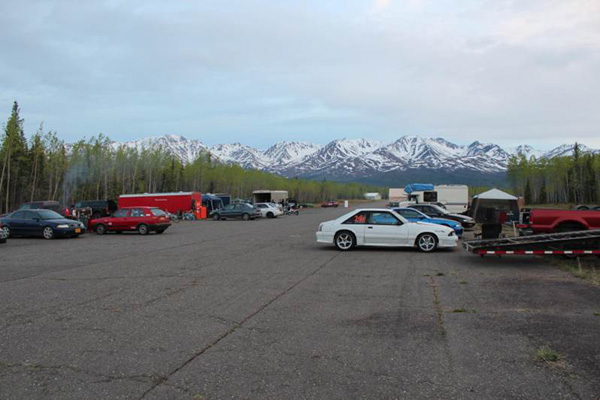 I did find a few drawbacks to the Alaska wilderness though. The mosquitos are big enough to shoot them with a gun and take them home for a trophy and the track is literally just a track in the middle of nowhere so you have to campout at the track or bring an RV.

On the first day of racing, I got suited up with my gear and rode in the passenger seat of the IT Rx7 I was co-driving for the weekend. This allowed me to get a run through of the track, see how it was laid out, and get some practice.

After the warm-up laps, which included a surprise caribou running across the track, the racing got underway. We drew lug-nuts with numbers etched into them to determine the starting order. There were nine cars in the heat and Chris (who took the first heat) was towards the back of the field.

During the first race, Chris battled it out with an IT class Rabbit that led to a victory in the IT class and second overall to a GT class 280z (with a swapped V8 power plant). Unfortunately for a Subaru STI in the first round, a turbo failure two laps into the race ended his weekend.

After a brief break in the racing, I got belted into the Rx7 to take my turn. Since Chris had gotten the Rx7 up to 2nd place overall, I got a good starting order for the next round.

Since the track is an airstrip, the course was setup with cones making it feel like a really fast and wide autocross track until you hit the straight section. That is when I jammed it into fourth gear flat-out and approached the 100mph mark before hitting the corner end.

I chased the 280z that won the first heat for a few laps until he started pulling away. Each time I hit the straight section of the track, I found myself fighting it out for second place with a Rabbit. The Rabbit was faster in certain sections of the track and I made an error that allowed him to overtake me. With just a few laps left, we caught up with lapped traffic which made the battle really interesting. An IT Neon in front of us made a really fast line correction. To avoid getting hit, The Rabbit and my RX7 had to dodge the Neon and I was able to get in front of the two cars to finish with the IT win in that round. Lap times for the course were around the 1:20’s for the wheel to wheel IT cars.

After the race, I reflected a bit. The surface reminded me of what Sebring looks like and I thought, “this is how the racing surface must feel like there”. I could feel the joints in the concrete sections under hard cornering and in order to keep my foot planted on the throttle, I had to put my faith in the tires and suspension that the car would stick and not send me spinning off the track. 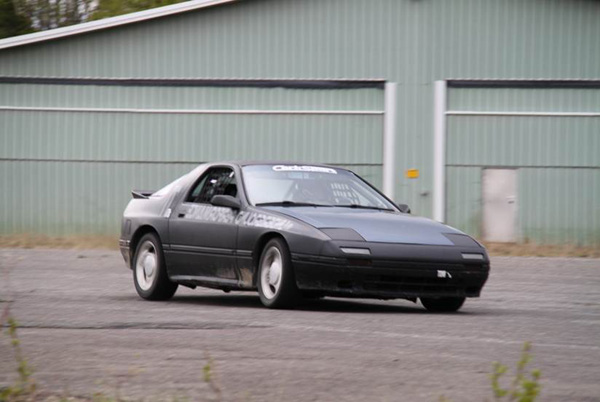 After the second race, the wheel to wheel racing took a break and the time trail cars got out on the track for their turn. Later that afternoon the wheel to wheel racing picked up again and I was able to fight it out with an IT class Golf, made more exciting by some light rain. The throttle inputs and cornering was even more exciting when being chased down by another car. In the end, a spin by the Golf got me in front for the rest of the race and I finished first.

After the racing wrapped up for the day, the track became a campground and social gathering for the evening. Walking from campfire to campfire talking about the days racing, I lost track of time. By looking at the sky, I was thinking was around 9pm or so when it was really 1am. Take a look at the picture below to get an idea of how light it is in the middle of the “night”. 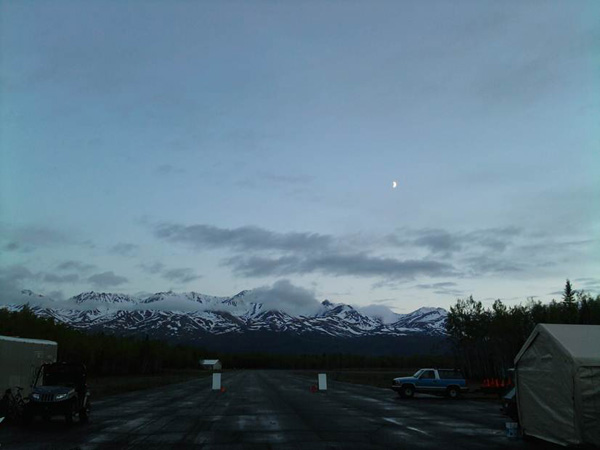 The next day you could tell the “socializing” had caught up to some people. The racing started a little bit later than the previous day. I raced in the first heat and managed to pull away from the field a bit and landed in first place in front of the GT class Z which had started at the back of the field.

I would have to say, my last race of the day was the best and most exciting. There was a GT class mustang that had been running mid-pack all day and had been down on power. After trouble shooting on Saturday and part of Sunday, it was discovered the timing had been retarded leaving the car way down on power. With the timing fixed, the mustang was putting out around 400 wheel hp. Starting from the back of the pack, the mustang had to catch up with me at the front of the field. From the drop of the green, I knew I was going to have to drive at the top of my game to be at the front at the end of the race.

The green flag went down and I let it rip hoping the field behind me could slow down the mustang enough to let me get some distance. On the 6th lap I saw the mustang at the start of the straight when I was hitting the end. By the 8th lap he really began catching up in the straights and by the last lap, the mustang had caught up with me. I managed to get a gap between us in the tight sections of the track and hit the exit of the corner leading to the straight perfectly. 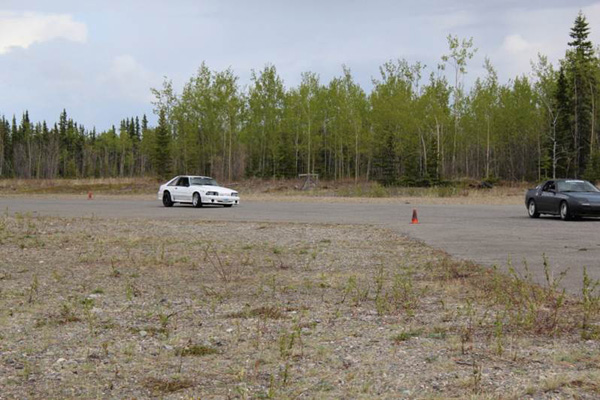 The track narrowed up so I put myself right in the middle keeping the Mustang from passing me to take the lead. I made it through the corner and hit the finish with the mustang right behind me, finishing the race in first place. I had a grin ear-to-ear going around the track during the cool down lap and afterward, went over and thanked the mustang driver for the great race.

After the final race there was some free time to take hot laps with the time trail people and took some laps in a borrowed Honda S2000. The track had gotten some light rain so the S2000 was a bit twitchy in certain sections when the Vtac kicked in (Yo!). The Rx7 I had been driving in the races seemed to be more stable on the track.

If you are in Alaska and want to get your drive on for a weekend, I recommend heading out to Tanacross with the Anchorage Alaska Sports Car Lions Club.

I want to give a huge thanks to Chris for letting me drive his Rx7 at the races and to all the great people I raced with during the weekend. Also a big thanks for the pictures I “borrowed” from the Alaska Motorsports Forum.

8 Replies to “Alaska. Land of Opportunity and Racing”