I had three 3 days to take in SEMA this year. I estimate that I probably I walked around 40 miles (it felt that way by Thursday afternoon at least). The aisles were busier this year with people and exhibitors when compared to 2009. The most common vehicles shown at SEMA were Camaros and Mustangs, new and old, tons of them everywhere. 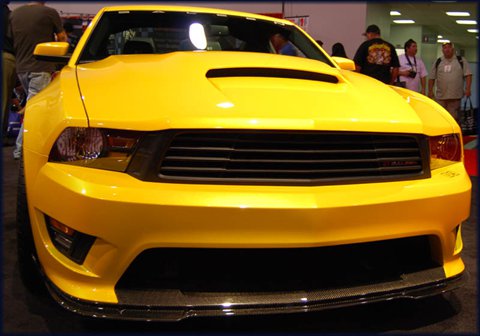 The vehicle which I think had the strongest showing besides the usual muscle cars was the Ford Fiesta. I saw at least 15 or these cars which had been modified in one way or another with various themes. I expect to see more and more of these on the road over the next few years. Most of the themes shown on the Fiesta were more lifestyle oriented over sheer performance. Ford did have some trick rally ready parts available for the Fiesta if you wanted to go off road your car. 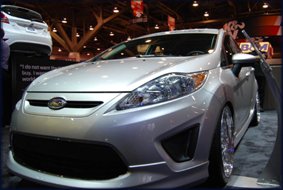 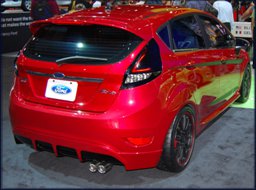 One car I expected to see more of was the Chevy Volt. I saw only one, and that was in the Chevy booth. For a car which GM has been touting for 3 years you would expect a few pre-production cars to be seen around the show. My thought is they are pulling another GM move and it will be several more years until they finally get the car into production. The car looks great in person even though I would never own one.

Weird item of the show was the Green Hornet car for the upcoming movie. The car was in the Royal Purple booth. It made for an odd combo of missiles, machine guns and lubricants. 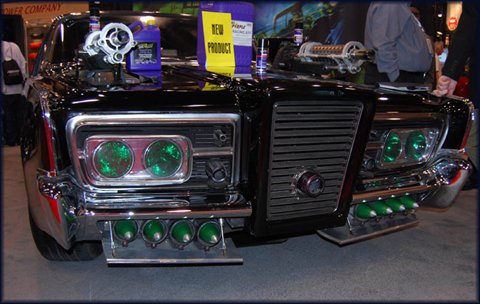 I was disappointed this year though with the showing of Mazdas, I was expecting more. There was not one Mazdaspeed 3 or any other Mazdaspeed Mazda at the show. There were two nice Mazda 3s in the Mazdaspeed booth, one time attack car which started life as a world challenge car and a great concept vehicle turbocharged Mazda 3 sedan which was also shown at last years SEMA show. 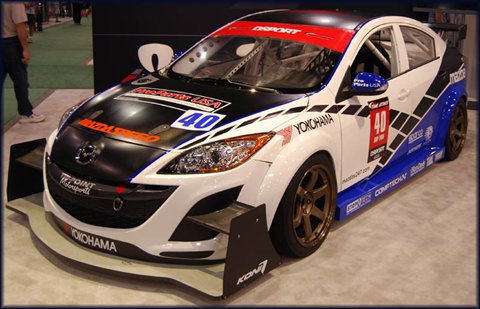 Also shown in the Mazdaspeed booth was a Rolex 24 hour winning RX8 with a devious body scheme. The left side and the rear was the FXDD car and the other side of the car was in the Castrol Dark Grey. 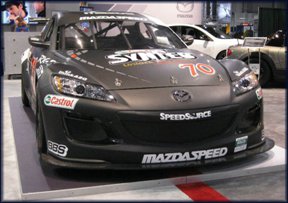 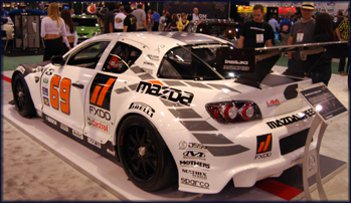 There were four Mazda 2s at the show. Two were in the Mazda booth, one in the H&R suspension booth and the 4th in the booth across from the Mazdaspeed booth. All of the Mazda 2s at the show were equipped with European bumpers and two had the European market lighting. The lip kits on several of the cars are designed for the euro bumpers so they do not work with North American market vehicles but they do look good. I spoke with the company who produced the kits and they are working on them for North American cars. The roll cage and race car prep on the grey Mazda 2 was done by AWR racing out of California and it looked good. It makes me want to tear out the interior of my car and go racing. 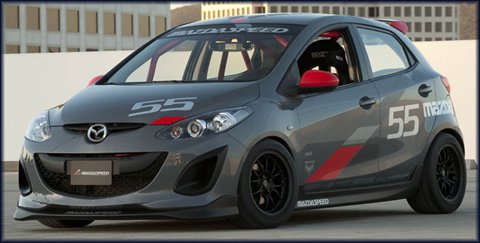 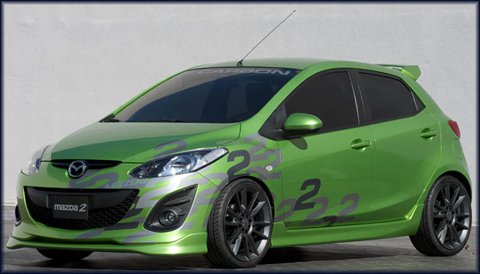 If I was to compare the show overall to last year it was better. There were plenty of new ideas, great looking cars, and people to meet with all week. Maybe next year we can see more Mazdas at the show.

If you are looking for more pictures of cars from the SEMA show check out the CorkSport Facebook page.