Being one of the product development engineers here, I have seen many ideas submitted by customers. Some crazy, some very practical, some impossible and some of them eventually grow to become a part that we produce and sell. I have never seen more people interested and dedicated to any other submitted idea than a skidplate built specifically for their 3. Being that this is not something we typically sell, we thought, why not.

You wanted a larger opening for oil filter changes? Done. A one-piece aluminum design mounted to the sub-frame that won’t flop around in the wind? Whammy. More ground clearance? Shazam. An undertray that will protect against the elements better than the stock plastic one? You got it. (The lowest part of the skidplate is directly mounted to the sub-frame via two M12 and two M14 bolts to factory threaded holes.). Finally, something that won’t rip off when you reverse out of your parking spot in a foot of snow? Check.

The result of your input is the product below. A piece that reminds me of the many winters in Minnesota and the UP of Michigan where I would have loved to have had this on my car. 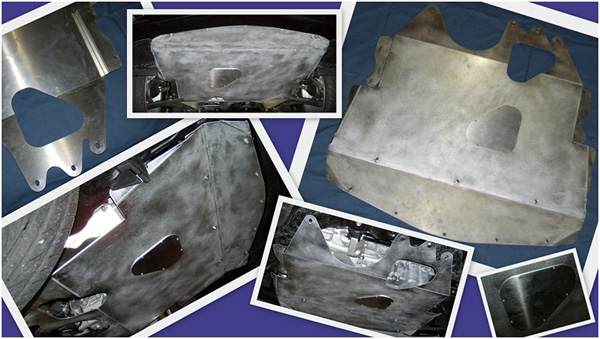 4 Replies to “Engine Protection? CorkSport’s Got it Covered”