Don’t get me wrong, I love the Northwest and there are definitely some advantages to CorkSport being located here, but the long distances from so many of our customers is not one of them. That is why CorkSport decided to take an event on the road and host one in San Marcos, Texas last Saturday. 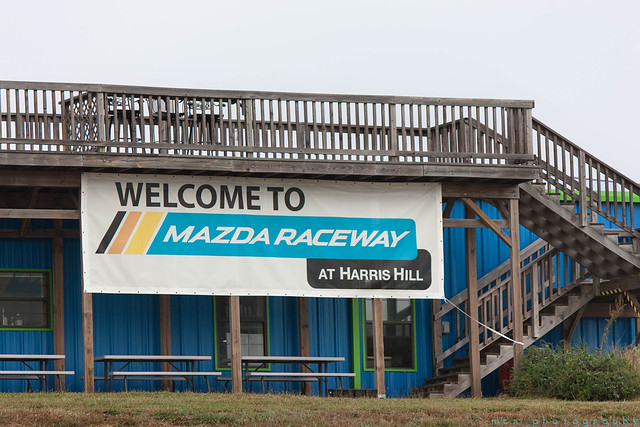 We often attend events that have been organized by other members of the community like OCC, EECMM, Mazfest and the like, but this was a first for us organizing and hosting an event away from the Northwest. 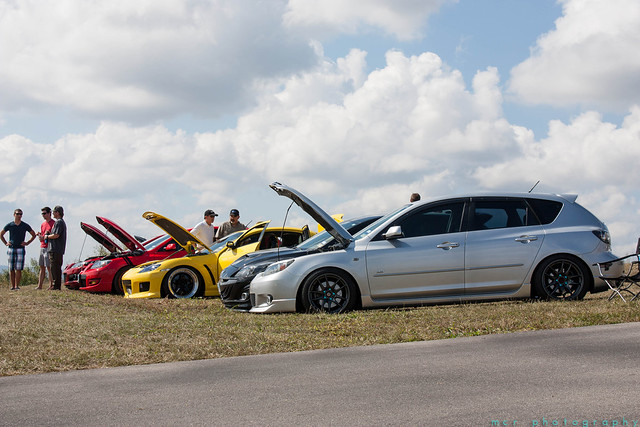 Thanks in no small part to the help provided by our sponsored driver, Matt Kellogg and his group, The Texas Mazda Speed Demons, Dave Johnson at Roger Beasley Mazda and of course the Philipp and his fantastic team at Harris Hill Raceway, the first ever CorkSport and Mazda Speed Demons Texas Showdown Track Day went off without a hitch, we had a great turnout, and everyone had a great time (or at least that’s the word I have been hearing on the street). 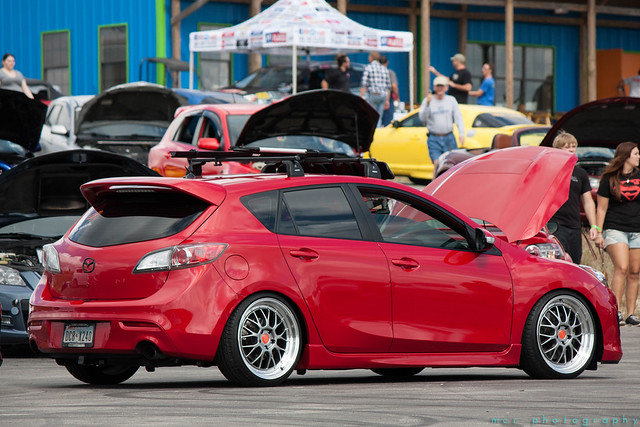 It started off a rather foggy day in San Marcos so we had to push the track start time a little, but by 10:30 it was blazing hot. Mind you, I speak coming from the 40-50 degree weather in the northwest this time of year. In reality, it was a temperate 80 degree day in Texas! 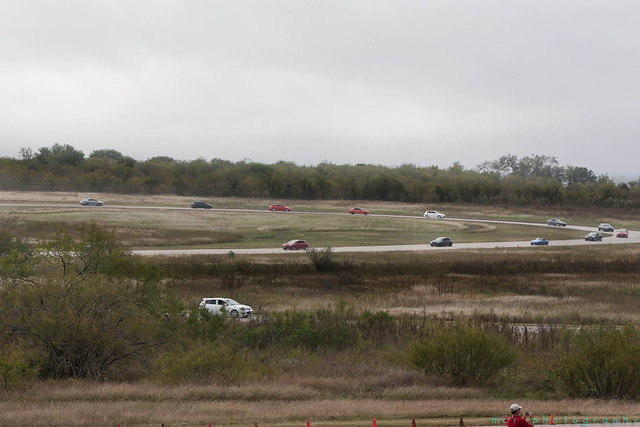 We opened the track with a lead/follow on the 1.8 mile course located about 30 min outside of Austin and then continued with open track time for most of the afternoon. For the first three quarters of the day it was a Mazdas only event pitting Mazda against Mazda on the race track. By the afternoon, we allowed some non-Mazdas to participate as well.

EMS powered brought out their portable covered dyno to offer up dyno pulls for anyone interested in participating and there were plenty of Mazdas on hand to show off their rides. 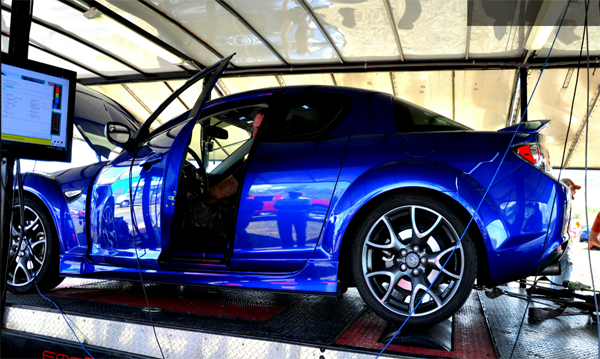 Aside from Richards misfortune in his RX-8, who’s control arm broke on the track (as it turns out a recall issue) there were no serious off-roading experiences. Derrick even got out and took a few laps in a Roger Beasley’s Mazda 2 at the end of the day. I finally even went out (as a passenger) for a couple laps…I can see how that might get addicting. Felt a lot like a roller coaster ride! 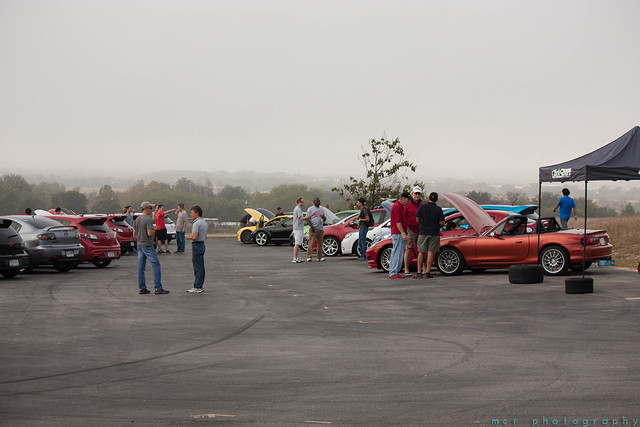 It was great to get to spend time with our customers in the great state of Texas and finally put some faces to names! A big thank you goes to everyone who pitched in to help on Saturday, Matt (teamxtaci) , Steve v1 (kritz), Bobby, Steve v3 (swsmailman), and the team at Harris Hill!

Thanks to Mario Rios, Richard Reyes and Scott Redmond for taking pics and video and allowing me to use them for my post!