I keep going back to the past experiences of cars I have owned, and thinking of cars I would like to own. Speaking of a car I want to own, the Mazda 2 it has been officially released, down in California at the LA Auto Show. I am really pumped about this car. Sure, we are getting the Mazda 2 four years after the rest of the planet, but hey better late than never in my opinion. 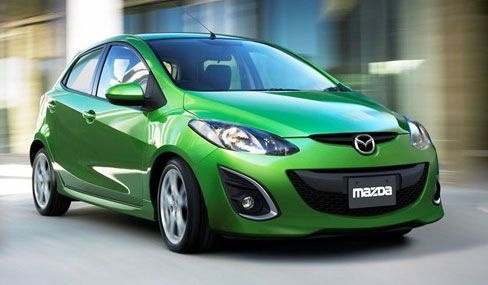 We are getting the “face lifted” version of the car (shown above) here in North America. The top of the line model will probably come with a 1.5L or 1.6L engine; Mazda has not released that information yet. My guess is that we might get the new SKY engines Mazda has been working on.

The size of the Mazda 2 is pretty close to the old BF chassis 323s. The same thing goes for power output, fuel economy, and versatility which will make for a fun package to drive (and modify). I already have visions in my head of a fully built 1.6 engine with a complete pile of CorkSport parts on it. It will take a little bit of time to get everything developed, but I know I am patient enough. Heck I’ve already been waiting years for the Mazda 2, what’s another few months for some performance parts?

A funny design idea I had after seeing the green car was to get one and add Mt Dew decals, and get the sort of urban Mt Dew camouflage like the current can design (seen below). Mix it up with some graphic designs and come out with a truly unique car to hit the streets with. 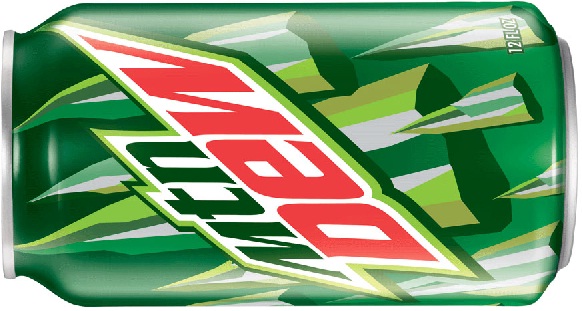 At the LA auto show they also had a few show versions of the Mazda 2 including a sport version with an aggressively styled body kit and lowered (see below) labeled “2evil”. The whole package looks good for a sport model. Some journalists had tossed around the “Mazdaspeed 2” name for the model but I personally think this is just a concept show car. 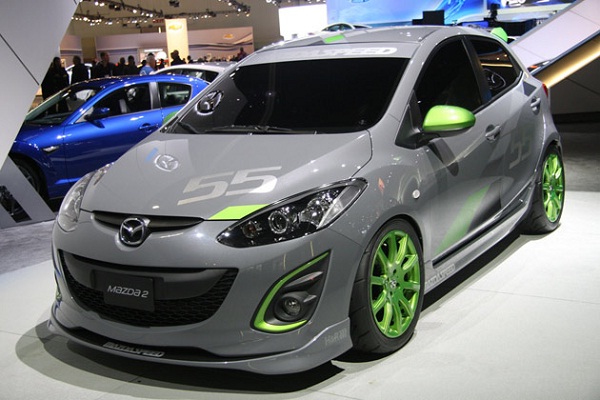 One thing for sure is I plan on having some fun with the Mazda 2 once I get mine. What do you guys think? Anyone else as excited as I am?

This is a message for Mazda North America; Why is the Mazda 2 not in North America?  Ford no longer has their hand in the cookie jar so what is the hold up?

I have various personal theories as to why; it will cut into Mazda 3 sales or perhaps production output for the 2 isn’t high enough. The economy is in the tank so we know Mazda isn’t at its max capacity. People are broke! We cannot afford the more expensive cars so a smaller car like the 2 makes sense. Its biggest competition would be the Fit, Yaris, and the soon to be offered Fiats. The Mazda 2 gets great gas mileage, and would argueably be car the best in class if Mazda sold the DI diesel model in the states.

Personally I want one because they are super light and prime for upgrading. I would try and fit a 2.3 DISI engine under the hood. Actually, I will fit a 2.3 DISI engine under the hood! A lightly modded 300hp DISI engine in a 2100lb car would produce an absolutely crazy-fun car to drive. Even in stock form the stock 1.6 liter is rated at 120 hp and torque.  If/when Mazda brings the car to the North America you can bet we will be getting more power out of that engine.

When I was in Tokyo last year I had the opportunity to ride in the AutoExe tuned Demio heading to a lunch meeting with them.  The car is just like a Mazda 3 in terms of fit and finish.  The interior was nice, not over the top.  Despite the 2 being small it was not uncomfortably small for 4 adult men. 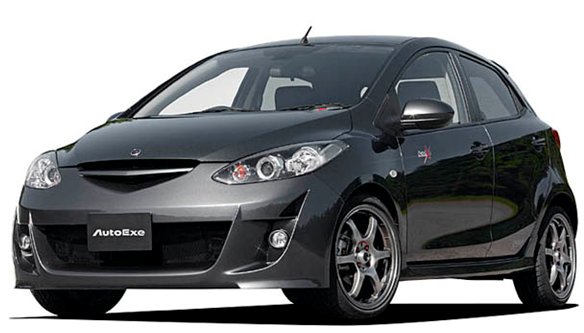 There are rumors we may actually get the Mazda 2 late this year but nothing is available to the dealers yet.  Cross your fingers!