Today we have a blog written by guest blogger, and resident shop-mother to all us man-children here at CorkSport, Kelly:

For years I have taken grief for being in the “industry” and having almost zero time under the hood. I have never needed to get dirty; there has always been a willing boy to do the work for me. All I have ever had to do is purchase the part, bat my eyelashes, and bring some beer, or occasionally hand my keys over for a test fitment of prototype parts. That’s all about to change; I have decided its time take charge and install a part. I mean, really how hard can it be? I’ve watched from the sidelines for years, I know how an engine works and it major components. I have a better than basic understanding of cars and how performance parts work. This should be a piece of cake… right?

My first undertaking is the installation of the CorkSport Front Strut Bar for my Mazda 3. Per our website it should take me 15 minutes and will tighten up the front end a bit. I choose this part for obvious reasons, one it’s quick to install and two it looks easy enough, which should boost my confidence for future projects.

Day of the project:

After putting the project off for several months, I was secretly hoping that someone would take pity on me and just take care of it while they were in there doing other stuff; or just get so annoyed while I searched for tools that they would take over and do it for me. No such luck, I’m on my own with limited supervision. 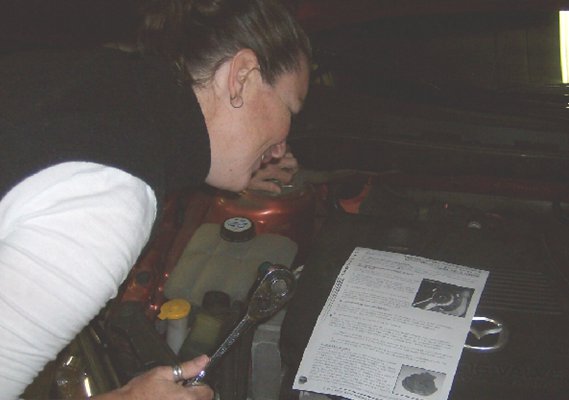 I had assembled all my needed parts including my helper/supervisor, Chris, read the instructions, and I’m ready to install. Step one: Open the hood and figure out where the damn thing goes. Step two: Attempt to bust lose top bolts and realize that this is a little harder than I had anticipated. Those suckers are on there tight. Step three: Earn the mechanic’s badge of honor; I cut my hand and found out everyone else in the building has the same injury, plus a few more. Step four: Put the bar in, easy enough, it just dropped right into place. Step five: Put top bolts back in, FYI 14-20 ft. lb. of torque still really has no meaning to me beyond tighten the bolts down super tight. Step six: Test drive! Easy part, just don’t forget to close the hood first! Step seven: Check work and done. Then take grief from the boys for taking 30 minutes to install the part that should have only taken 15 minutes. Whatever, I was being careful. 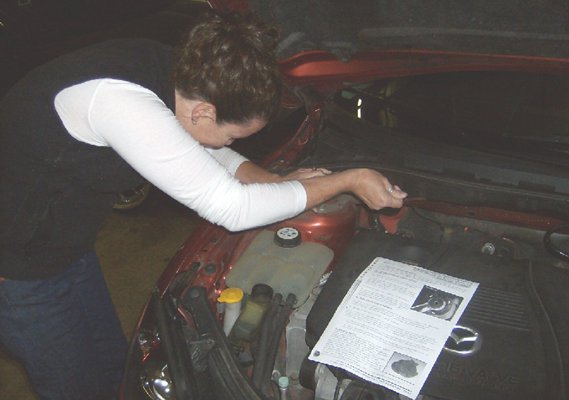 One more important thing, ladies, that is not mentioned in the install instructions. Men put their tools away, believe it or not. They may not be able to hit the toilet or the laundry bin, but they get a little saucy if their tools do not return to the toolbox clean and in the exact same spot that you took them from. They can leave their tools all over the shop, but you can’t, apparently.

Overall it wasn’t the hardest thing I have ever done, I did get my hands dirty, and wounded, but I’ll live. Next time I’ll wear gloves. I have no doubt in my mind that I will be able to install the CorkSport Motor Mounts.

How hard can it be to pull five bolts and put a urethane bushing in? 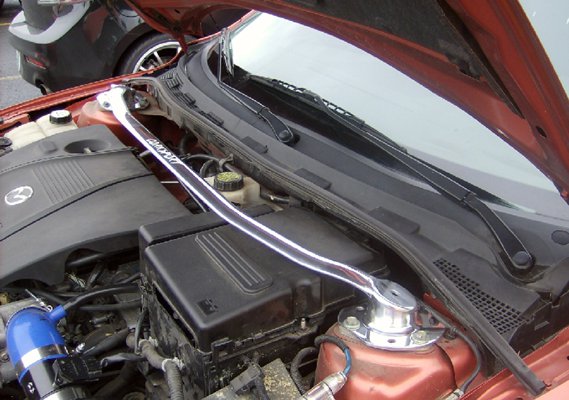