Watching the Polish round of WRC (World Rally Championship) racing I realized how out of touch United States is with the rest of the planet in regards to auto racing. Look at the crowds that show up at the events in all of the countries that the WRC stops at. Oh wait that’s right Speed channel no longer shows the events so it forces us to download the event via torrents of the TV shows after they happen from Eurosport.

Back to my commentary, the world (except the US) supports the WRC events.  On all of the stages you see crowds lining the roads. The spectators hike to the events just to get a chance to watch the cars blast by at a distance of 10 feet from the action. That’s right, no fences or guard rails, nothing. Stand on the outside of a corner and you can get showered with rocks or other debris (and possibly a car as if they blow a corner). You don’t hear of NASCAR shutting down an event because of too many spectators.

You also can’t match the surprises the events have. For example in an earlier event this year there were wild horses running across the roads, you don’t get that in an Indy car event. About the biggest critter you have showing up at a racetrack in the US is a rabbit. Weather doesn’t stop the events either. They will race a WRC in the worst weather including snow, mud, freezing rain, you name it.

Monte Carlo WRC round on ice covered roads shown above.

Rally racing has been in the US for years but it always seems to be out of the public eye.  The WRC did visit Washington State once in the 80s but that was before the events were really televised.  US rallying has shown up in the X Games, which has brought awareness of rally racing to the masses but it really has never caught on. I believe it is coverage of the events by racing press here in the US that is to blame for this.

You can find references about the events at the fringe. Grass Roots Motorsports (GRM) prints rally racing information from club and national US events but you never hear about anything outside of North America. Don’t get me wrong I am happy they do publish information but GRM is not exactly mainstream media. Speed channel showed the WRC for a few seasons then dropped it when they became NASCAR-vision. 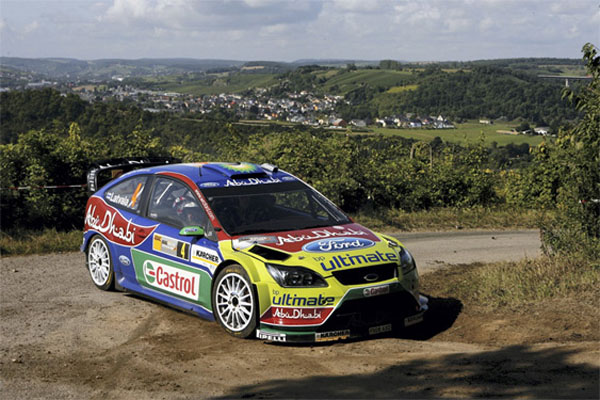 You don’t get views like this at NASCAR tracks.

So if you are reading this blog post take a look out there at what the rest of the planet is up to for racing. You may be surprised at how exciting the racing can be on a gravel road at 125mph.