As CorkSport works through R&D on any new part we are developing, we always take the time to consider possible failure modes. This ensures the final product has been thoroughly thought out and developed to avoid as many potential failure scenarios as possible.

The Common Cause of Clamp Failures

When a part is installed that requires clamps, it is easy to consider only the aesthetics of the part. The initial reaction is to want the clamps to be even and silicone to be on properly, but there are a number of other potential hazards that need to be addressed when installing clamps. 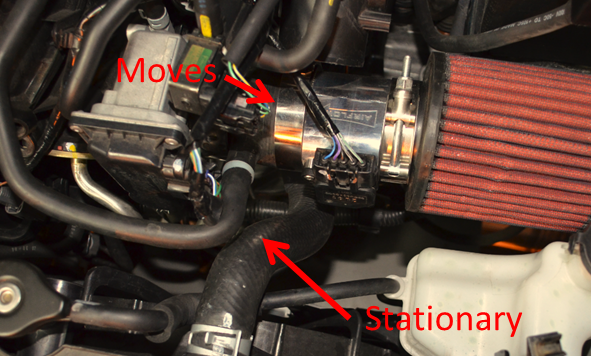 Notice the picture above. Everything looks good until you look closer. The clamp is actually touching the radiator hose which can be a potential failure point with the part. By simply rotating the clamp slightly so the bolt does not come into contact with the radiator hose, you can avoid the contact point and a possible problem with your vehicle.

Clamp placement is critically important with a front mount intercooler install because the clamps have the potential to contact a lot of parts in the engine bay and other pipes. When it comes to intakes, it is also very important to consider clamp placement because they are much closer to critical wiring. Simply flipping the orientation of the clamp can mean the difference between worn plastic and wiring harnesses or trouble free operation for years to come.

Using the picture below as an example, you can see that the clamp fits well and doesn’t touch anything, but imagine if it was tightened into the stationary object. When it moves back and forth it would eventually rub through the tape and shielding and contact the wires inside. By being aware of this, we can position the clamp so it will never contact. This is something easy to do while you are installing the part, but can be a much bigger headache down the road if it is not considered upfront. 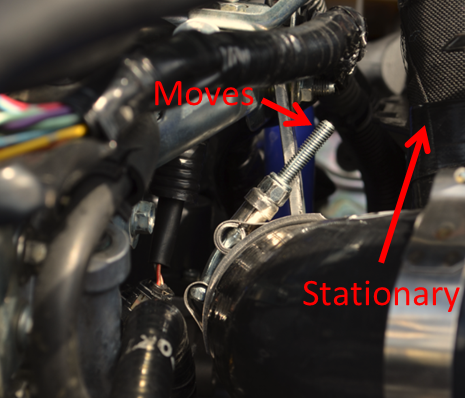 Below is another example of a clamp that is not ideally positioned. We actually have the opposite scenario here to the last example. The clamp is on a pipe that is hard mounted to the frame, while the other pipe is attached to the motor and moves. This will cause the clamp and the pipe to contact and wear against each other over time. Although both are metal, the clamp will eventually work its way through the aluminum pipe and cause a vacuum and boost leak. This means a poor running car and loss of power. 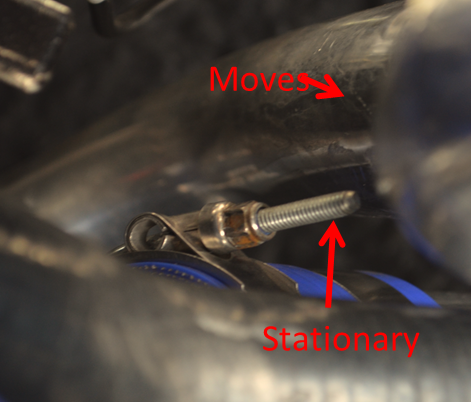 Take care during your installation and avoid potential pitfalls down the road. By maintaining good clamp placement, not only will you avoid scratching the pipes, but you can avoid other potentially serious issues like boost leaks and unintentional contact with other parts in your engine bay. So remember, always keep your car safe, beautiful, and protected by maintaining good clamp placement.