Check out the installation instructions below. Share your performance review with the CorkSport community once installed! 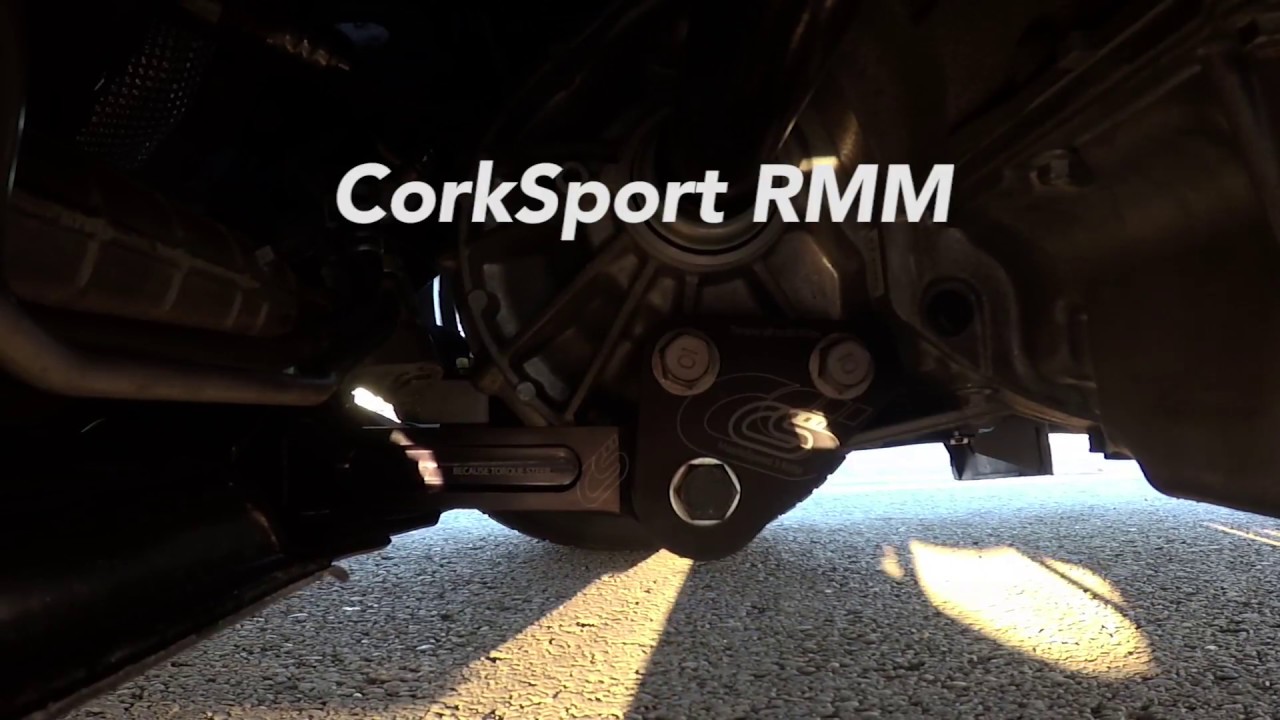 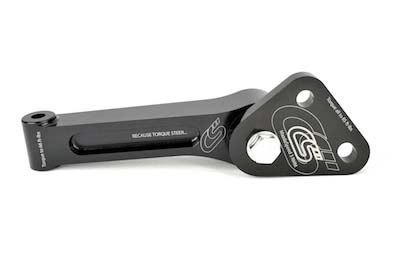 Check out the design blog for further details and an explanation of the design. 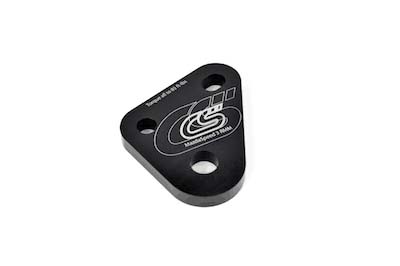 The RMM primarily controls the engine's rotational forces in the engine bay. These forces are a result of acceleration and deceleration via engine braking. With the OEM RMM the engine is allow to move/rotate significantly before force is finally applied to the tires; this is the major cause of wheel hop, torque steer, and poor throttle response. 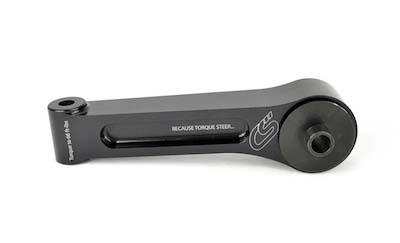 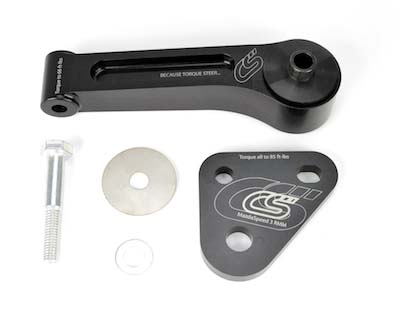 The CorkSport Stage 2 RMM uses 6061-T6 aluminum for the "I-Beam" style brace bar and the ½" thick mounting plate for its high strength to weight ratio. These beautiful CNC machined parts are then anodized for a long lasting finish.

The RMM performance is locked down with 95A polyurethane bushings, zinc-plated steel sleeve, stainless steel bushing washer, and the necessary hardware.

How To Install Your CorkSport Stage 2 Rear Motor Mount

It will take you two hours to install the CorkSport Stage 2 Rear Motor Mount with our easy-to-use instructions.

If you don't mind the NVH, it's extremely good. It's design is great, quality is amazing, and foolproof to install with the instructions. My 2nd gear didn't grind anymore, takeoffs, throttle response and high RPM shifts were very crisp and easy.

However, you want lower NVH, I recommend asking Corksport which other mounts works best. I ended up swapping it out for another mount after 900 miles as the NVH was too much for my taste.

It was tolerable in city driving, but terrible for longer drives on the highway, because *any* amount of accel or decel made the cabin drone loudly to the point where the seats vibrated. The poly bushing in the mount made a very subtle squeaking noise sometimes, but that didn't bother me once I figured out what it was. I think people who say it "barely" increases NVH either have high levels of NVH to start with, or a very different idea of what NVH means

Though this one wasn't for me, Corksport's product quality and support have been amazing, so I still recommend them as a brand.
WT 07/27/2022, 09:36 PM
One of the best mounts out there. I literally have no torque steer anymore. With this product, my car has all CorkSport mounts and the difference amazed me.
Rafael Raas 07/07/2020, 12:10 PM
Was shopping around for a RMM for a few weeks, looking around at different vendors, and finally decided on the CS stage 2 because it looked like the bushing was the smallest, and I wanted a stiffer mount.

Out of the box, this thing is surprisingly beefy. A massive I-beam, beautifully machined, going to the very solid bushing material, and a bulletproof half inch plate to hold it to the transmission.

Installation was super easy, I just had to reach over and push around on the oil filter as my engine was rocking, making it hard to get one of the bolts in. Eventually I got it, and everything went in as a perfect fit. It was almost easier installing than removing the old mount.

Initial startup was surprisingly smooth. I could feel the starter actually turning over now, so this thing is holding the engine seriously tight to the frame. Idle is pretty much the same, besides a slight increase in vibration, but the mount really gets intense under high load.

Interior cabin noise a fair bit louder inside the cabin, which I expected, and it honestly makes driving more enjoyable. I can seriously feel the power, and now it's like a whole new car. That mixed with the confidence in my engine mount, I am extremely happy with this product.

Wheel hop is still there, but heavily subdued. Far, far, FAR better than before. I also haven't noticed any torque steer since installation, so it's definitely doing it's job.

Just buy it already.
Brian Z. 12/17/2019, 07:22 PM
Great install directions. This RMM feels sturdy, well machined, and looks great. OEM mount looks pathetic and weak compared to this. Sure, it adds some vibrations into the cab, but not a huge amount. Great product!
Curtis Davidson 09/20/2019, 08:04 PM
This mount is fantastic. It's exactly as they describe it. The improvement in drivability is even better than I expected. It's leagues above the OE style polyurethane mount I put on my old Focus (same exact mount as MS3). Holds better with less vibration. Well worth the extra $60 over an OE style polyurethane mount, in my opinion.
If a minor but obvious and noticable increase in NVH is too much for you, you'll probably be happier with inserts.
Steve 07/11/2019, 09:53 PM
Super easy install, and you’ll definitely know you put a this bad boy on. Instructions were flawless as always. Don’t bother with any other mount, this is everything you want and the price is perfect.
Jacob Wallech 03/06/2019, 09:57 AM
One of the first modifications to my car and probably my favorite so far. I've put about 15k miles on the car since. The part itself is a beautiful design and you can tell the quality when you first take it out of the box. Install was easy and confidence boosting to continue new part installs on various areas of the car. I didn't notice too much of noise increase in the cabin and was mostly aware of the performance upgrade and how much more planted the car feels through acceleration.
Jesse F. 01/07/2019, 06:25 AM
Just out this on and got back from the first drive. And I absolutely love it. The shifts are very crisp and solid. Tested a hard take-off from 5mph and never had any troubles slamming through the gears. The front end feels like it's more solid and not moving around as much. Only downsides is it is Extremely loud and the whole car vibrates. However, i've had it on probably 30 minutes and went for a 20 minute drive so it still needs to break in. Will update in about a week.
Cory Hill 11/26/2018, 10:49 PM
Absolutely LOVE this motor mount! I've had it on for about a week now and I can really feel the difference. I shift smoother without feeling the engine moving around, it feels like all the power is getting through to the wheels now, and the front end just feels a bit more solid altogether.

the Noise Vibration and Harshness (NVH) was pretty significant when I first installed the mount and for about the next 2-3 days. After about a week, it's broken in well and the NVH has gone down a bit. It made my car a little louder too, not sure if that's vibration noise or the exhaust noise not being absorbed by the soft stock mount anymore.

Let me tell you what. This mount is the most unbelievable thing you’ll ever put on your car. I had a previous competitors mount and that mount vibrated my car way more than I thought it did. A/C kicked on and the whole car was giving me a massage. But this...this mount has the least amount of NVH I could think of as far as a higher performing mount goes. I turned my A/C and it was quiet..no vibes whatsoever..I’m amazed! Your shifting will be buttery smooth, throttle response is awesome, torque steer? What’s that? Amazing job, Corksport! You guys rock!
Daniel Gonzalez 04/09/2018, 08:21 PM
← Prev
1 2 3
Next →
Write a review

How long is the break-in period for this mount and can i expect less noise and vibration at low RPMs after this period?

Plan on ~500 miles, it depends on driving conditions for it to mellow out a little.

What sort of difference is there vs. the older race mount in respect to NVH?

NVH is very comparable. You may notice a bit more vibration at launch but very very suddle. Even though the new mount uses a 90 Duro bushing.

What the heck is "suddle" lol!

Brett had a grammar fail, a very subtle one.....

What's the difference between this and your older RMM? I'm trying to decide which one is better to buy. (Stock- planning on SRI, TIP, Cat Back, and Fuel pump mods in near future)

The Older one is not as rigid and does not reposition the leverage point. This is a full mount replacement. If you plan to make some power in your car, then the Stage II mount would be best for you.

Hi, Is this product not so rigid for a daily car? I'm in stage1++. For the stage 2, i just must have the cat back.

It is ok for daily driving.

Hi, What about this product for automatic transmission? Is it unsuitable as you said for your older RMM?

Mazda never made an automatic Mazdaspeed 3. This is a completely different mount design from the race mount we also offer. There are no shared components.

Upon comparison with product Axl-6-127-21, which fits 2004-09 mazda 3, I'm curious if this will fit my 2004 mazda 3. Or will the front part of the mount that attaches to the engine/transmission itself not line up with the bolt holes for the stock mount location?

The front part that attaches to the transmission itself will not line up.

No, this is Mazdaspeed specific. The Race RMM will work for your car.