When out carving the back roads, the feedback that is gathered from the vehicle directly contributes to the confidence level that you have as a driver. That is why we sought to improve the confidence that you get from your 2019+ Mazda 3 & CX30. One of the main components that play a big part in the level of feedback you get from your Mazda, is the Rear Motor Mount or RMM. The OEM RMM features a soft rubber material that leads to excessive engine movement. This movement results in a decrease in throttle response, shifting feel, and vehicle feedback. The CS RMM was designed to eliminate these issues with the OEM mount and give you the driving experience you want when hitting the back roads. 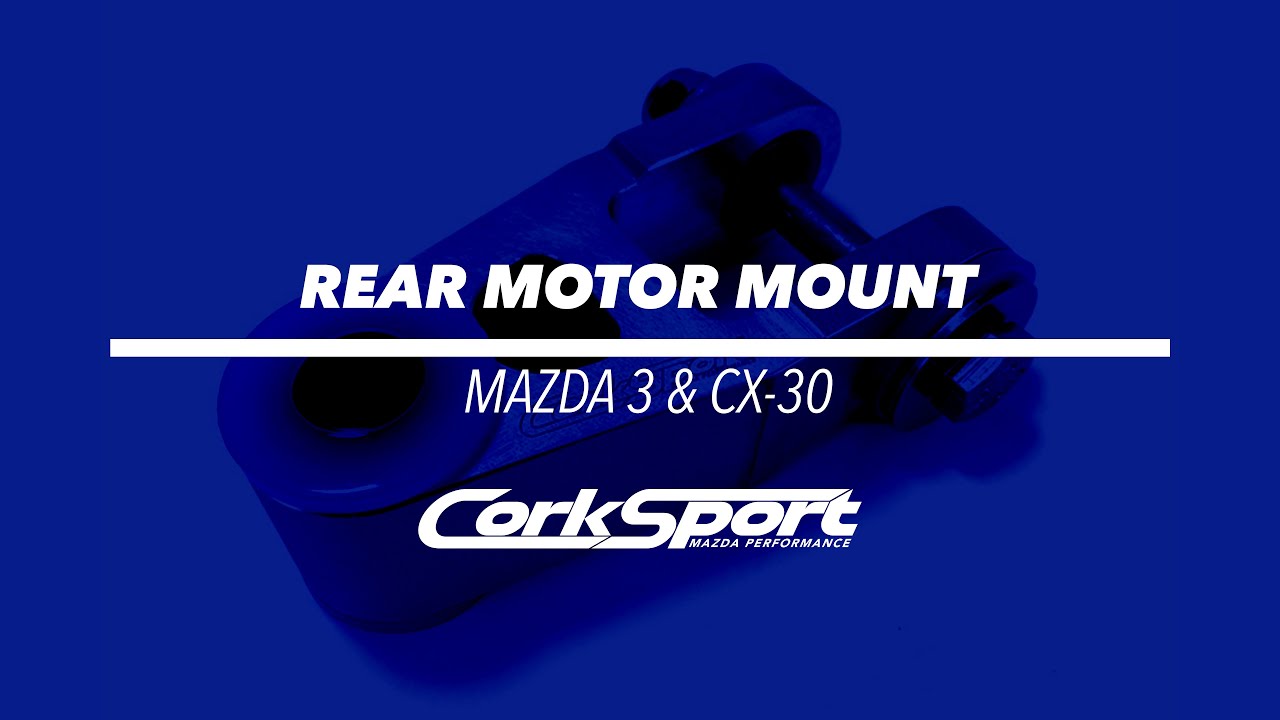 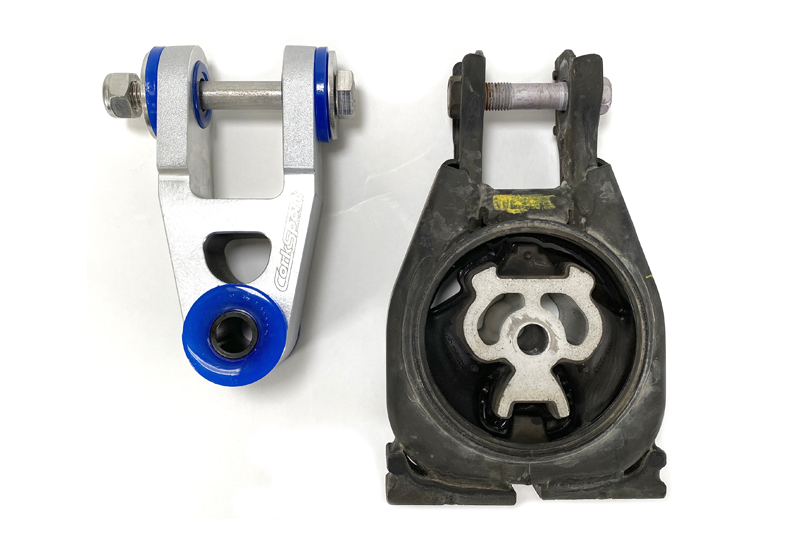 The CorkSport Rear Motor Mount is designed to be a direct replacement for the OEM RMM and installs just as easily. This leads to a simple and quick process that will increase the feel and performance of your Mazda 3 in no time. 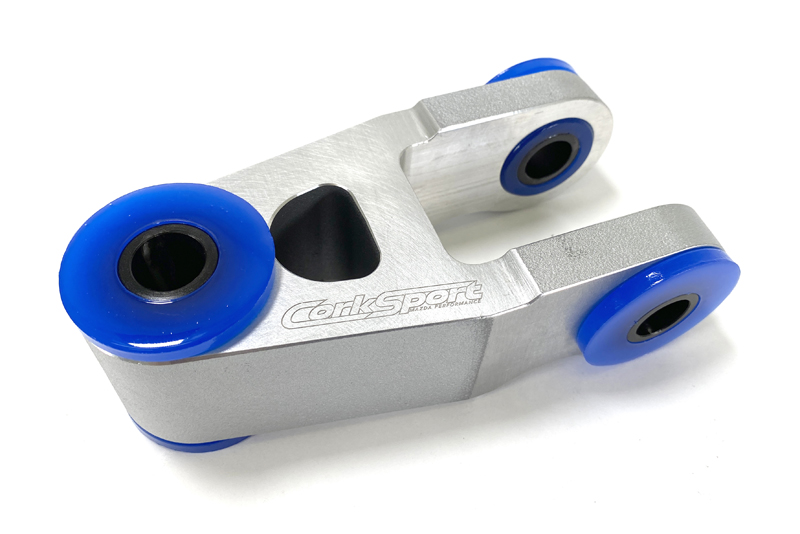 The CS RMM features high-quality materials and a design that delivers on reducing engine movement and increasing feedback to the driver while not being overwhelming during daily driving. This is accomplished through the utilization of the RMM body which is made out of A356-T6 aluminum and is precision machined to accept the 70A polyurethane bushings that eliminate much of the unwanted motor movement. 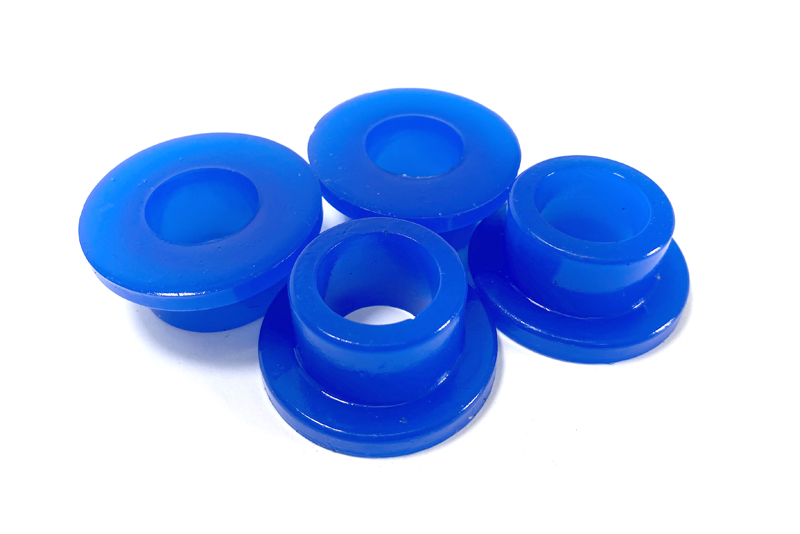 The selection to use a 70A durometer poly bushing was for its ability to provide a substantial improvement in reducing the engine’s movement, while not being overly aggressive. Using these bushings does increase the NVH in the car, but we think it is well worth the benefits and it is still pleasant when daily driving. 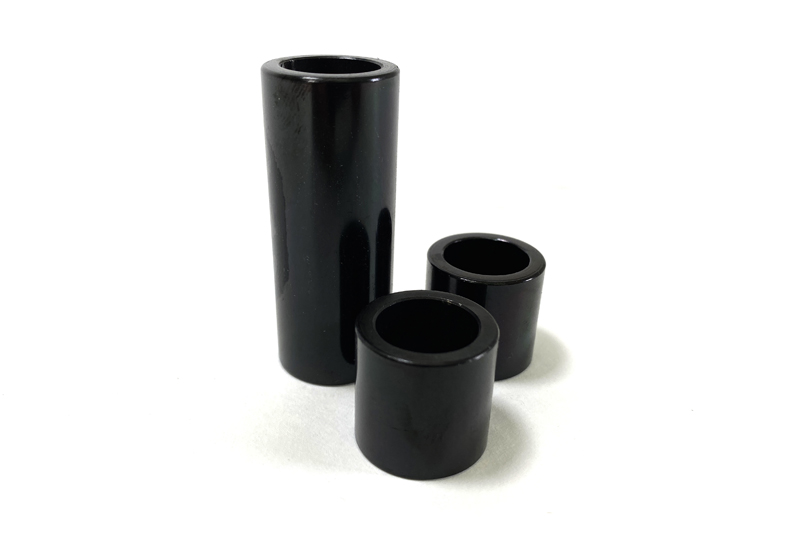 The CS RMM bushing sleeves are precision machined out of steel to provide a robust and durable part that is then zinc coated to provide protection against corrosion. 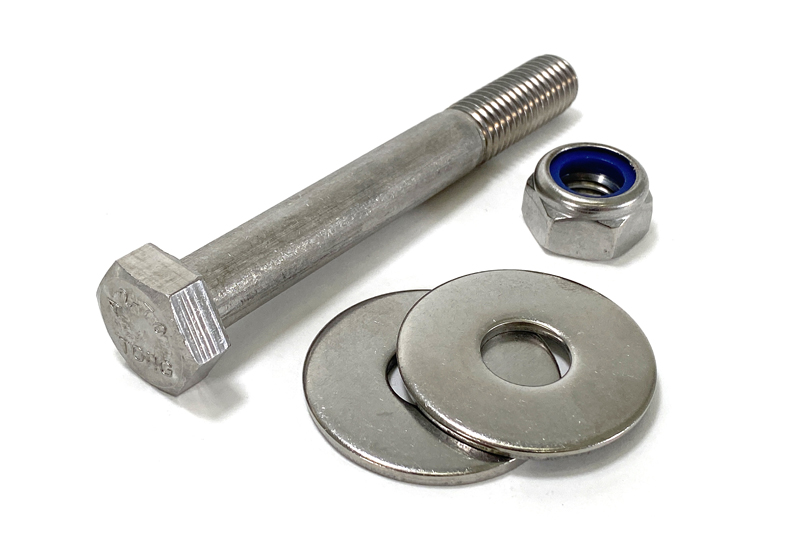 Anchoring the new performance RMM in place is a hefty M14 stainless steel bolt, washers, and nylock nut. Corrosion-resistant SS will stand up to the harshest road conditions. 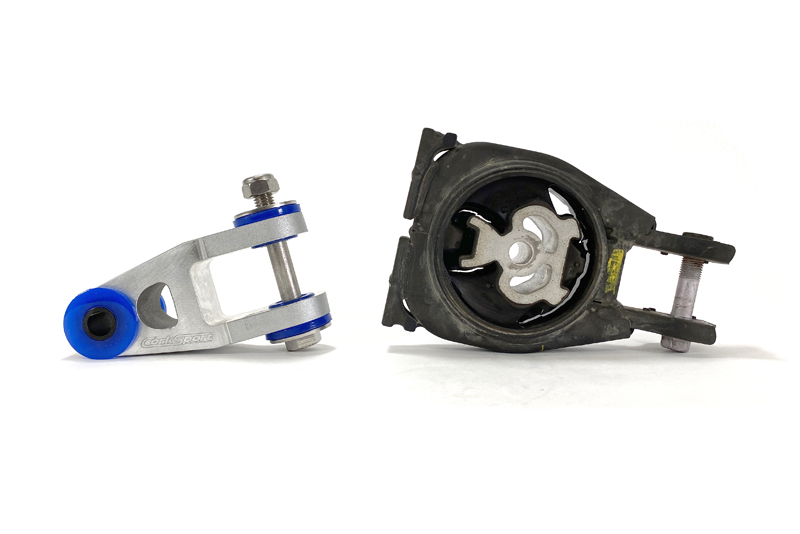 While minor, everything adds up, the CorkSport Rear Motor Mount shaves 2.50 pounds from your Mazda. Reducing weight from 4.70* to 2.20. *OEM Turbo model RMM weight.

How To Install Rear Motor Mount

It will take you 1 hour to install.

This is one of the best mods you can get for your Mazda. Really makes you feel more connected to the car and improves the response. After 2K miles most vibrations are gone, just a little at low rpm getting off the line. Be aware though it will bring out some rattles in the cabin which I haven’t been able to sort out
Vittorio Pieretti 01/29/2023, 09:52 PM
The good news - Amazing difference in side to side steering accuracy and handling along with the car jumping with much better throttle response when I goose it. It really works well

I have had different RMM's/"dog bone" mounts/inserts on my 2 previous vehicles so I can safely say from experience that the vibrations are definitely too intense for a daily that's used in D to commute with. I'm actually really surprised after a good 4k miles that it still this intense under load at low RPM's. I can't help but feel a little disappointed as this is an amazing near solid design with pretty thin poly bushings, so they really should have used a softer durometer and being so solid would not have lost much at all in the positives gained but would likely make all the difference in not rattling the heck out of me. The vibrations themselves are close to bearable but sadly has brought out all kinds of rattles my car didn't have before. I've put foam strips in the glove box, but will require a ton of disassembly and putting insulation in the doors, etc.

If you look at RMM designs for other cars you will see how most have much thicker poly bushings, so the durometer of the poly used is a good indicator of how much vibration you will get but with this having such thin bushings, the 70a on here feels like an 88a on Focus or MS3 type RMM and my beautiful modern car rattles like an old race car, not what I wanted on a sleek modern ride.

Compared to my 2011 Mazda 6 with a 88 durometer AWR Racing dog bone mount. The stock 2021 Mazda 3 felt lacking in the responsiveness department. I am aware that this in not solely due to the stock rubber rear motor mount.

After installing the 70 durometer CorkSport rear motor mount. The difference is amazing. The car now feels much more useable. The power delivery is much more aggressive, and quicker. The car feels more planted while accelerating. There is a more power in every gear. I can now hear the unique sound of the entire rpm band much more clearly. This is great for me to shift manually.
There is some added engine noise into the cabin as well as very very minimal vibrations. Mostly, it introduced engine noise though and not vibrations. The cabin engine noise is not just louder, it is completely changed in its characteristic. The engine sounds a little aggressive now. I quite enjoy a little engine noise in my vehicles, and this car now sounds quite nice.

Having taken out the old mount I can say that this mount is much much stiffer than the old mount, which is atrocious from the point of view of performance driving. This can easily be seen by inspecting both the mounts as well as driving characteristics introduced by installing either one of them. However, the 70 durometer mount offered by CorkSport is still a tad bit tame for me personally. I would definitely enjoy a little bit aggressive power transfer at the cost of more noise and vibrations. This though is for me personally and probably the 70 durometer mount will be optimal for when I have passengers in the car who may not appreciate a loud car.

The install was mostly very straight forward. Although the 22mm bolt did not line up with the engine brace and the engine mount from the get go. I tried jacking up the back as well, however this made the issue worse. Finally, with the front on ramps, I let the air out on both the front tires. This almost perfectly lined up the 22mm bolt holes. After pushing on the engine brace with some force I was able to line up the holes and get the 22mm bolt through. Other than this, it was a flawless install, quite enjoyable.

I should also mention, that the CorkSport mount, although slightly over engineered if you ask me, is much lighter than the bizarre stock engine mount.

I highly recommend this modification for those who don't mind minimal vibration and some cabin engine noise increase.
So far this is my favorite upgrade to the car. The front strut bar has been great too though.
Alp Tunali 12/10/2022, 09:54 PM
Holy WOW, not only did it help with off the line jump and throttle response, it actually helped BIG with overall handling! So not only front to back control, but keeping the engine in place REALLY helped my steering feel and response while cornering I was shocked! Yes, there are more vibes, mainly under low RPM load, but well worth it and I'm sure it will settle down even more with time. So glad I upgraded!
Daniel Brown 11/11/2022, 03:59 AM
Not the only thing stiff

Big things come in small packages. While this does give you some very flavorful vibrations, it’s actually very functional too. We took our 4th gen out on the Tail of the Dragon with and without this mount, and the overall difference was incredible. Faster throttle response out of turns, less engine movement, and overall better performance. The feelings between shifts feel a lot better now as well. Would recommend.
Brandon Winkle 10/21/2022, 04:34 PM
After driving around on a test unit for a bit (same as the release) my feedback aligns pretty well with the Corksport statement. I would say the feedback element of having the stiffer RMM done in the turbo automatic really helps bring together the harmony of throttle and vehicle action, providing a little more immediate feedback and reducing the "slush" feeling the stock RMM provides.

The added NVH and vibrations are minimal, and I agree that every little bit of weight savings we can get is important in our car.
Phillip Dandurand 10/20/2022, 05:43 PM
Write a review