Check out the details down below for full info and don’t miss the video to hear what your CX-3 could sound like in as little as 30 minutes. 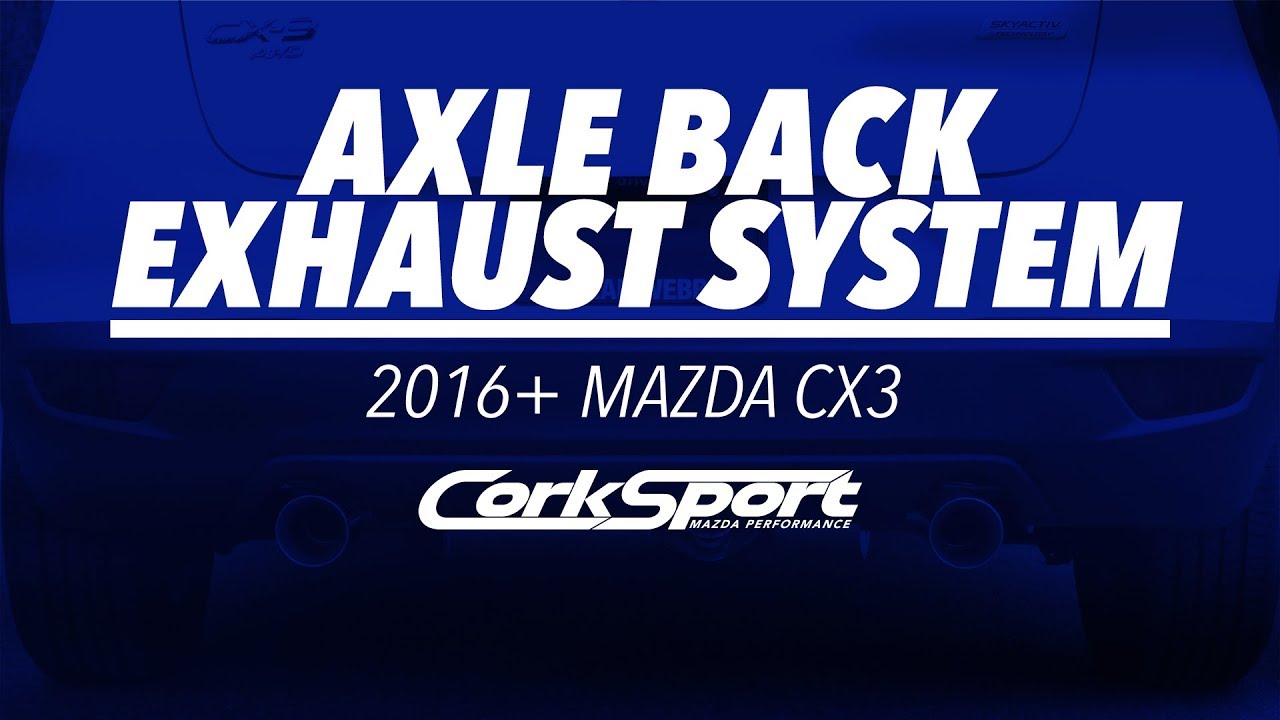 The CorkSport CX-3 Axle-Back Exhaust is designed to be an improvement to the OEM exhaust’s sound and look. Larger diameter piping and high flow resonators combine to create a deep sound that is free of drone or buzz. It’s louder than OE but not drastically so, to give you sound when you want it but quiet when you don't. The OEM exhaust tips look tiny in the bumper cutouts so we upgraded to 90mm slant cut tips. The tips were extended slightly as well to really accent the clean look of the CX-3.

Like all CorkSport exhausts, the CX-3 axle back is made completely out of fully polished T-304 stainless steel. 60.5mm CNC mandrel bent piping is combined with 90mm dual wall tips, high flow resonators, and 11mm thick laser cut flanges to ensure high flow, great fitment, and durability that will last a lifetime. Everything is brought together with precision TIG welds and finished off with a laser etched CorkSport badge on the tips.

The piping was upgraded from 50mm diameter to 60.5mm diameter. Combining this with flow-through resonators instead of the large multichambered OEM muffler creates much better exhaust flow through the axle back section.

NVH (noise, vibration and harshness) in the cabin of your vehicle will be slightly increased by the installation of this exhaust.

It will take you three hours to install the CorkSport CX3 Axle-back Exhaust with our easy-to-use instructions.

It's installed. It went really easy and the only thing I did different is that I put polyurethane exhaust mounts where the factory rubber ones would have went. I did this because with an aftermarket exhaust there's only two rubbers holding it in the back and that actually holds up most of the middle of the exhaust going under the car too. Polyurethane mounts will make sure everything is nice and secure.

The sound is perfect. It's just a nice low rumble not too loud at all and there is no drone. I guess that's why they use the staggered resonators so that they could tune the exhaust to the point that there wouldn't be drone. It actually sounds almost exactly like my Mazdaspeed 3 did when it was stock maybe a little bit more like stock with a race pipe where the second cat was. Like I said it's actually perfect.

I tried to take a video in 4k, and while it turned out beautiful the sound was too muffled because I had used a microfiber towel and a chair to hold up my phone and I think it covered the mics too much. I'll try to get a better video later and post it to YouTube.
James Matthew Wells 09/05/2018, 05:22 PM
Write a review